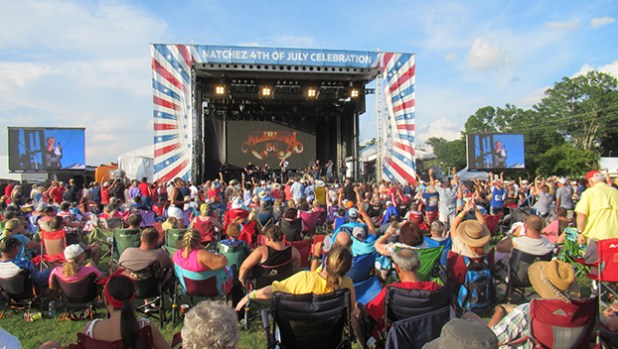 A crowd of 2,300 listens to Alabama play on Sunday. (Maia Bronfman | The Natchez Democrat) 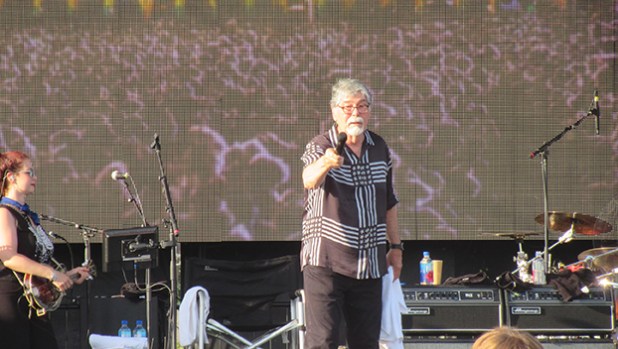 Randy Owen holds a microphone to the crowd. (Maia Bronfman | The Natchez Democrat) 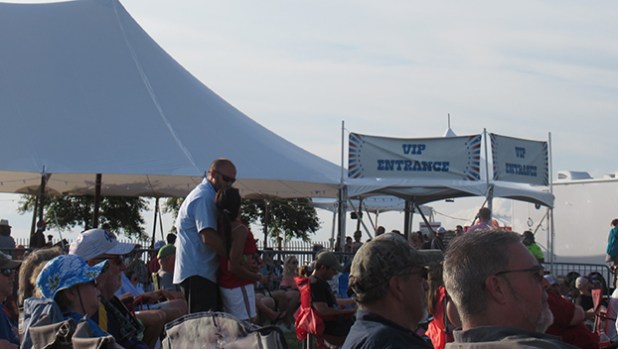 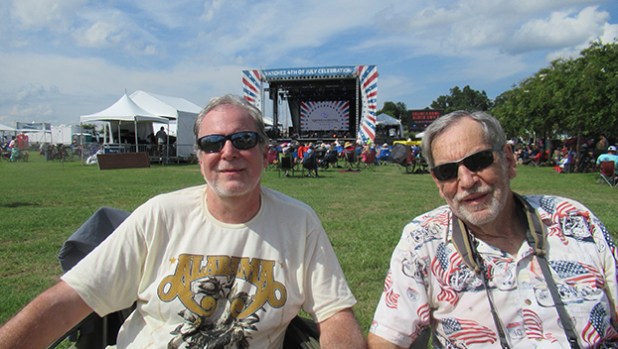 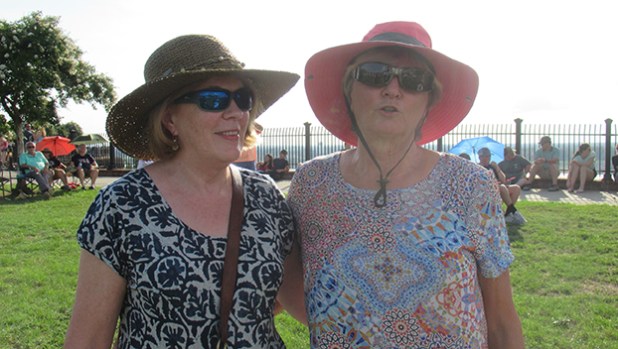 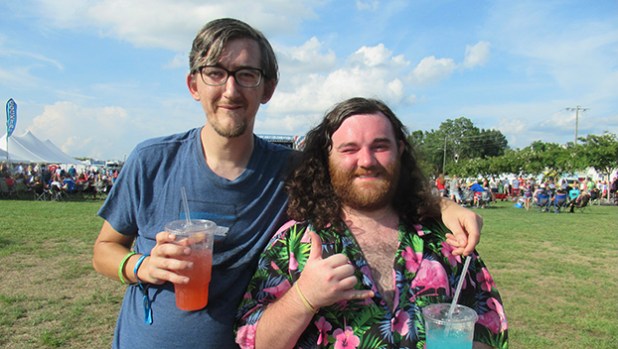 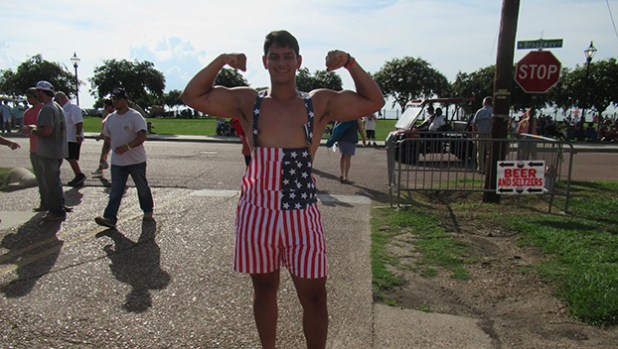 Randy Owen, the lead singer of Alabama, swung in circles a towel that had been on the back of his neck. He pointed his microphone at the crowd of 2,300 on Sunday during Natchez’s 4th of July Festival on the Bluff.

“We were walkin’ in high cotton, old times they are not forgotten,” the crowd sang back to Owen.

The woman at the ticket booth, Rhonda Switzer, said one couple from Texas had spontaneously bought tickets during a road trip through Natchez.

Also in the crowd was a trio of men wearing tight American-flag overalls which matched, though they were never seen together.

Chuck Thomas, who sat with his dad, Charles Thomas, had already seen Alabama about 50 times since 1982. They were among the 750 concerts he’s been to, and the 6000 CDs he keeps in his home in Alexandria, Louisiana.

The first concert they attended together was by Elvis Presley in 1977, five months before Presley’s death. Chuck was 8 years old.

They saw the Eagles in 1994, after their reunion, and again in 1995 in Tupelo, Mississippi. Even before their first Elvis concert, Chuck listened to his dad listening to Credence Clearwater Revival and Paul McCartney.

“It amazed me that one person could completely control a crowd,” Chuck said about his early revelations. Now, he said all the concerts make him feel young.

“I’ve always loved airplanes and music,” Charles said. He grew up in cotton fields in rural Louisiana where planes would break the sound barrier above his 8-year-old ears.

Before it was illegal for planes to fly that fast, when they would shatter the windows they flew above, Charles said the power was awesome.

Charles never took a flying lesson during his 39 years working at the Natchez paper mill because he said he had to save money for his family. Instead, he took Chuck to concerts.

They try to see each other a few times every year since they graduated together from Mississippi University for Women. This time it happened to be at an Alabama concert since Lakin’s son, who lives in Natchez, needed her to dog-sit while he went on vacation.

This upcoming spring is their 50th graduation anniversary, which they will also attend together.

Mike and Ryan Smith, cousins from Sicily Island, Louisiana, appeared in the crowd behind Kirby and Lakin.

They came to Natchez more often when it had a Chinese restaurant, which has closed. They still come, though less often now, for the bowling and occasional concert.