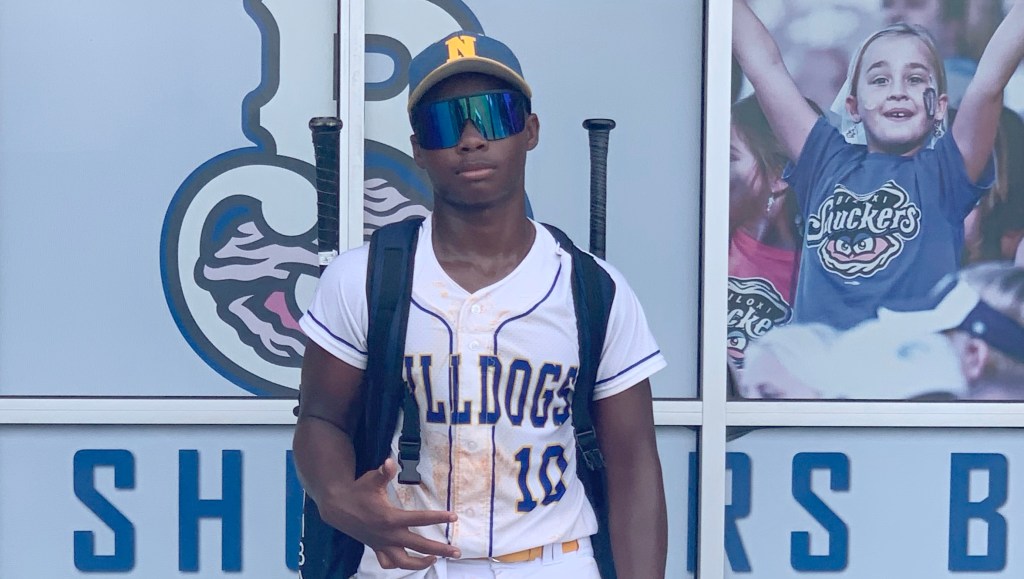 BILOXI — Mason Bouldin represented the Natchez Bulldogs on the Fantastic 44 team for the Hank Aaron Sports Academy based out of Jackson, Mississippi. Bouldin will be a freshman this next season.

Players had to go through weeks of tryouts to make the Fantastic 44. Bouldin was not the only Bulldog selected to the team as Jaylin Davis also made it. He was out of town and missed the All-Star game. Last weekend Bouldin played on the home field of the Biloxi Shuckers, a minor league team for the Milwaukee Brewers, in an All-Star game.

He said it was nice to play on an excellent field. It was the biggest field he ever played on. He went 1-1 by hitting an outside fastball up the middle on a 2-2 count for a single and played catcher. The pitcher he caught threw a knuckleball which was the first time he had seen that pitch.

“It was nice to be with the best players in Mississippi,” Bouldin said. “I was excited for the opportunity with a lot of thanks to coach Dan. I have taken discipline. I learned some strategies from Dan at the plate like how to not strike out and hit the ball harder. I like seeing the competition.”

He said the speeds of pitches were about 20 mph faster than they were before. Normally, Natchez batters see 80mph throughout the season, but pitchers in the all-star game were throwing 90mph.

It was a good experience because they had a lot of fun, he said. They talked with a minor league player and learned about Hank Aaron. This summer has given him more love for baseball.

“I like being able to go places and represent Natchez. I like meeting new coaches,” Bouldin said. “I went to Tupelo for the first time this year. I have played pickup baseball, and we went and played in the playoffs. Every weekend I have been playing baseball this summer. I could play this all year if I had to.”

Natchez High School plays in the Hank Aaron Summer League at Smith Willis Field in Jackson. The Bulldogs play in the championship game in the league against Yazoo City Tuesday night. Yazoo beat Natchez this past season 16-10.