VIDALIA, La. — Concordia Parish deputies arrested a 28-year-old man from Vidalia, Louisiana, for allegedly having a sexual relationship with a juvenile. 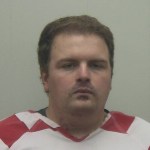 Ian Reed, 28, of Vidalia was arrested for two counts of indecent behavior with juveniles and felony carnal knowledge of a juvenile. All persons are presumed innocent until proven guilty. (Submitted)

Investigators believe Reed gave the child a cell phone in an attempt to start a relationship.

During the course of the investigation, more evidence led to a search of Reed’s residence on Eagle Road, at which time he was arrested.

He has been charged with two counts of indecent behavior with juveniles and felony carnal knowledge of a juvenile.

The investigation is ongoing and anyone with information is urged to contact CPSO at (318) 336-5231, or submit an anonymous tip online using the CPSO mobile app.