NATCHEZ — Sixth District Attorney Shameca Collins is one of two Mississippi prosecutors who have signed a statement saying they will not prosecute someone who seeks an abortion, performs and abortion or helps someone obtain an abortion. 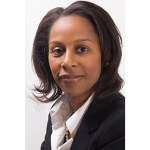 “The only abortion clinic in the state is in Jackson, and only that district attorney could prosecute abortions in Mississippi,” she said.

“Because there is no abortion clinic in Adams County, I cannot prosecute someone for an abortion. For instance, if someone from Adams County goes over to Vidalia to have an abortion, I could not prosecute that because it didn’t happen in my jurisdiction,” Collins said.

Collins is the district attorney for Adams, Amite, Franklin and Wilkinson counties.

More than 90 district attorneys and state attorneys general from 31 states pledged to u se discretion not to criminalize personal healthcare decisions, according to Mississippi Today.

When the U.S. Supreme Court overturned Roe v. Wade, it became up to individual states as to whether to make abortion illegal, which is the case in Mississippi.

“All members of our communities are our clients – they elected us to represent them and we are bound to fight for them as we carry out our obligation to pursue justice,” prosecutors said in the June 24 statement. “Our legislatures may decide to criminalize personal healthcare decisions, but we remain obligated to prosecute only those cases that serve the interests of justice and the people.”