CHARTER SCHOOLS: Seeds to success or an idea that is rotten to the core? 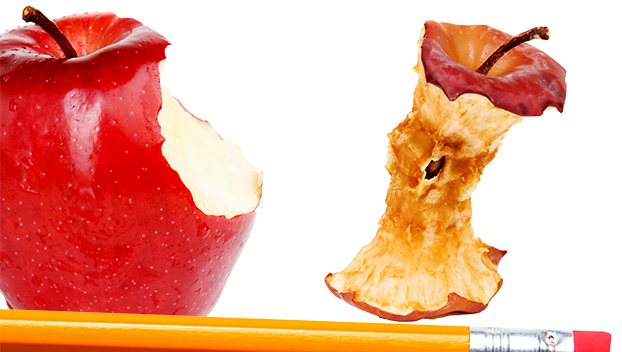 As proposals for four new charter schools in Natchez and Adams County work their way through state approval, local leaders have varying opinions on whether the schools would enhance or inhibit public education.

“The public school system has diversified itself and has worked hard to provide alternative methods of educating our students,” she said.

The application for the fourth proposed charter school, Instant Impact Global, was submitted by another nonprofit called Instant Impact Educational Services based in Lancaster, Texas.

leading members, expressed the hope that the charter schools would help grow the student population by enrolling kids from communities surrounding Adams

The three charter schools proposed by Natchez United include a Natchez-Adams Early Childhood & Intermediate Center for kindergarten through fifth grade; Southwest Mississippi Academy of Health Sciences for grades six through 12. The concept is for the elementary school to focus on fundamental STEAM programs, science, technology, engineering, art and mathematics. Older students would then be able to choose between the Academy of Health Science or the Conservatory for Performing & Media Arts depending on whether they lean towards furthering their math and science or creative skills.

The Natchez-Adams School District hasn’t yet responded to questions about the proposed charter schools or whether or not they would support them. NASD Board of Trustees President Amos James said the school board would release a statement from the entire board.

The Natchez-Adams district is currently rated a “D” by the Mississippi Department of Education. The district improved from the “F” to “D” rating for the 2016-17 school year. Law allows creation of charter schools in any area where the public schools are ranked below a “C,” without school board approval.

Mathis said she believes the proposed schools will duplicate existing efforts. She cites the Fallin Career and Technology Center, which provides students with workforce skills in an array of different career paths, as an example.

“I think the school district is also accepting sidebar learning opportunities in workforce development,” she said. “In the creation of the new high school, they’ve opened up Robert Lewis and Frazier and I believe we’re in the process of utilizing the other schools for that.”

She added the Natchez Early College Academy program has been one of the most successful that the school district has implemented in recent years.

“We’ve always had dual enrollment,” Mathis said. “Everybody thinks that is new with NECA when it is not. What we didn’t have was a method to get an associate’s degree in high school. That is the change that has been the most helpful because college education has escalated in cost. It’s almost out of reach for some. … If you have a student that leaves with their first two years of college, they’re still looking at two to three more years. That makes it more obtainable. It prepares students for college and assists families with paying for college.”

Mathis said she graduated from college in 1970 and immediately began teaching elementary music at Braden. She has taught off and on in the Natchez Adams School District for more than 25 years ending in 2008 and continues to teach music appreciation at Copiah Lincoln Community College. Mathis said the school district was “well rounded” and at that time led the state both in music, athletic and academic programs.

“I don’t see what else a charter school could bring. I don’t see it,” she said.

As to what would happen to the community if there are charter schools created, Mathis said, “We’ll rebound. We’ve done it before.”

She said other private schools were created during integration, which “tore up the public school system.”

“I’m not talking about the Catholic schools. There were always Catholic schools here. But ACCS, Trinity and Thomas Jefferson and I believe one other school emerged through integration. … We’re still here. Public schools will stay here. We keep going around and around the same bend. What we need is to embrace our existing public schools and support them in what they’re trying to do.”

Neither Thomas Jefferson or Trinity Episcopal School are still in operation.

Tony Byrne, a former mayor of Natchez who was educated by public schools in Natchez, disagrees with Mathis.

“I think charter schools have been successful all over the country,” he said. “Anything that can improve our education will be helpful overall.”

“I think the School for the Arts would offer programs that are not offered much in any of the schools here, public or private,” he said.

Byrne said he has no complaints about having a Natchez public education but since then the school district has been low scoring by state standards for many years.

“You always think that your school is the best there is and I’ve felt that way, but I don’t have anything to base that on,” Byrne said. “We had one of the top school systems in the country and particularly in the state, but they were segregated. Schools here today are having a tough time getting a passing grade. It’s been a long time (since integration) and our school systems should be improving, but it has been a long time.”