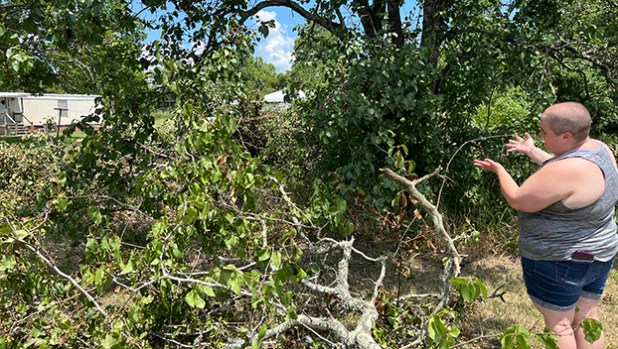 Ashley Thornhill examines a tree in her backyard Monday after a storm caused its limbs to fall on Sunday morning. (Sabrina Robertson | The Natchez Democrat) 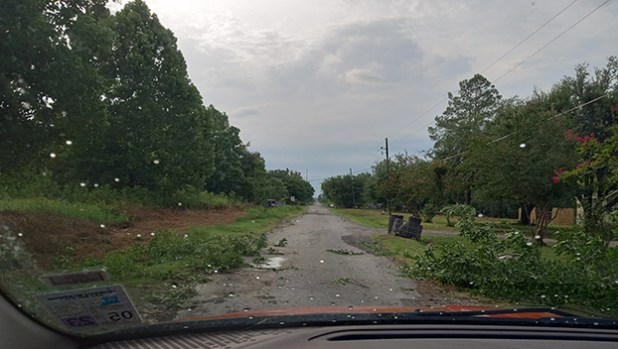 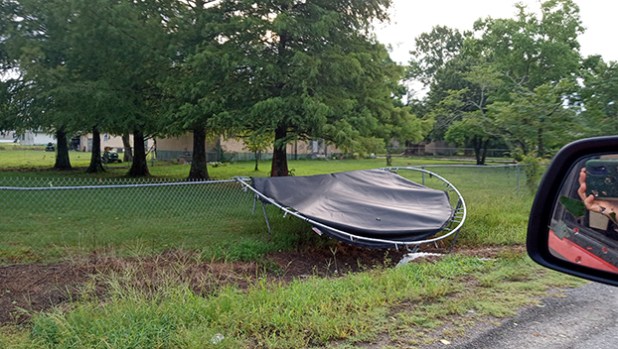 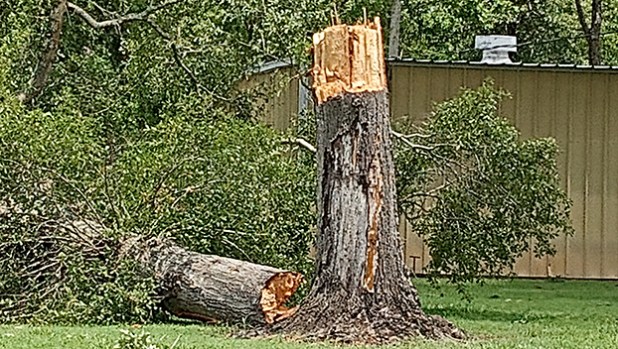 NATCHEZ — The Miss Lou region endured some damage and thousands lost power during a thunderstorm that occurred overnight Saturday night and early Sunday.

Tim Runnels, a spokesperson for Entergy, said at the peak of the storm 3,000 customers within a five-county area lost power. He added the worst of it was in Adams and Franklin counties.

“We got all but about 25 to 30 customers on by 6:30,” he said. “We were able to get them on quickly. Our network got out there early Sunday. We brought in help from McComb, contractors and various other people to help. When you bring in extra help it knocks things out quickly.”

He said a few power poles had to be replaced but most of the damage had been from tree limbs and wind taking down powerlines.

“Natchez had the most outages of our five-county area,” he said. “Franklin had a few but Adams County was the worst hit. We appreciate everyone’s patience.”

Deb McGee with Southwest Electric also said Adams County received the brunt of the storm within their nine-county service area.

She said 236 meters were still out Monday in the Churchhill area.

“Crews are working to replace a broken pole that has been difficult to get to. They expect to have that back on by this evening,” McGee said.

Fallen trees and large branches littered yards and roadways throughout the Miss Lou.

In Vidalia, minor damages were reported. At least one 911 caller from Cottondale Court in Vidalia reported the storm had lifted their roof.

Ashley Thornhill, who lives on Eagle Road in Vidalia, said the storm brought some intense damage to her neighborhood.

“Our houses were shaking,” she said.

A trampoline in her neighbor’s yard had been thrown across the street onto a fence. The wind was strong enough to lift her carport roof a few inches off of its support beams, causing one of them to fall, she said.

“I’ve been speaking to a meteorologist at KNOE and she says we could have had a microburst because if you go one road in any direction it’s like there wasn’t a storm at all,” she said.