One charter school proposal for Adams County makes it to final stage, three others don’t

NATCHEZ — Only one of four proposals submitted for new charter schools in Adams County made it to Phase 3 of the state approval process.

Instant Impact Global Prep is a STEAM—science, technology, engineering, art and mathematics—charter school proposed by the non-profit Instant Impact Educational Services, founded in 2018.  The school would be for kindergarten through eighth-grade students in the Natchez Adams School District. It’s the organization’s second attempt to launch a charter school in Natchez.

“We are very pleased to know that we’ve moved on in this process,” JoAnn Rucker, CEO of Instant Impact Educational Services said. “Since the feedback we received last year, we’ve worked hard to show that we are ready and capable of providing this innovative program we plan to offer.” 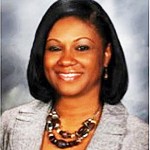 The nonprofit Natchez Adams County Educational Development Foundation submitted applications for the other three charter schools in Adams County which did not get approved.

Marvin Jeter, a member of the group whose proposals did not get approved, said he wasn’t sure of what they will do next.

“That will be a decision for our board,” Jeter said, adding he would be surprised if they decided not to reapply next year.

He said they should receive a review from the state Charter School Authorizer Board to help them improve their chances for approval should they apply again.

“We made it to the very end, but no school in the state was awarded last year,” she said. “The only difference this time is we were given 25 additional pages for submitting our proposal and we were able to give a more detailed description. Last year they wanted it to be more detailed, but we didn’t have room for more details.”

Rucker said she has been engaged in the public, going door to door and hosting meetings at Pedro’s Mexican restaurant and other places to help people “understand the need for change” in Adams County’s public education. Last week, the organization hosted its second annual STEAM camp at Copiah Lincoln Community College in Natchez.

While the office is located in Texas, Adams County is home, Rucker said.

Born in Natchez, Rucker said she graduated from South Natchez High School and lived and worked Texas, but much of her family remained in Natchez.

“We’ve knocked down some walls,” Rucker said. “We took 150 students in three middle schools. In one year’s time, they outperformed all of the students in a traditional setting, which we were very pleased with.”

Rucker added other organizations evaluated their student data and they applied for and received a $3 million grant to fulfill the larger dream of opening a new school.

Rucker said her goal is to have “one location where everyone could see students learning in a different way … outside the traditional classroom setting to avoid the red tape.”

Her team includes Natchez natives Valarie Griffin—who worked as a long-time educator, school counselor and curriculum coordinator for Beaumont Independent School District—and Debra Reed who is an educator and counselor who is also a veteran and worked with Boys and Girls Club for several years. Instant Impact also has three main administrators and board members who are all Natchezians, Rucker said.

Three other new proposals and one proposal for an existing Mississippi charter school made it to Phase 3 in the state’s application process. These are:

Final decisions on each school will be announced in September.

Rucker said the proposed school would have a capacity of 450 students and 50 students per grade. If approved, they would open with kindergarten through second grade only and add a new grade level each year. Charter school applicants planning to open in a D or F district, based on the Department of Education’s accountability grading system, do not require approval from the school board.

Because Natchez Adams School District is a D district, Instant Impact Educational Services does not need approval from the school board to move forward. All proposed schools being reviewed this cycle would be opening in D or F districts.