NATCHEZ — Two people have been arrested for attempting to bring drugs into the Adams County Jail.

A Natchez woman has been arrested and charged with bringing a package containing marijuana to an inmate in the Adams County Jail. 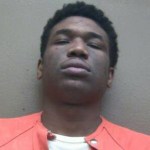 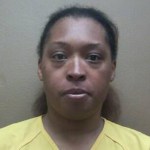 On the morning of Friday, July 8, jailers with the Adams County Sheriff’s Office accepted a package from Jasmine Sproulls to be given to an inmate in the jail.

Upon inspection of the package, jailers discovered 9 grams of marijuana hidden in the package.

Sproulls was interview later that day and arrested and charged with introduction of contraband into a penal facility and possession of Schedule I marijuana less than 30 grams.

As Thomas was being processed back into the Adams County Jail, approximately 70 grams of cocaine was found inside Thomas’s personal belonging. Thomas was charged with Trafficking Schedule II cocaine and introduction of contraband into a penal facility, according to the press release.

Thomas is currently awaiting trial for the murder of Johnny Mason.

Patten gave credit to his jail staff for being diligent in the day-to-day operations of the jail.

“There have been changes in procedures and it has made a difference in the amount of contraband that has been discovered in the jail and before it makes it into the jail,” Patten said. “The safety of our jailers and inmates is always a concern and we want to do everything we can to keep everyone safe.”