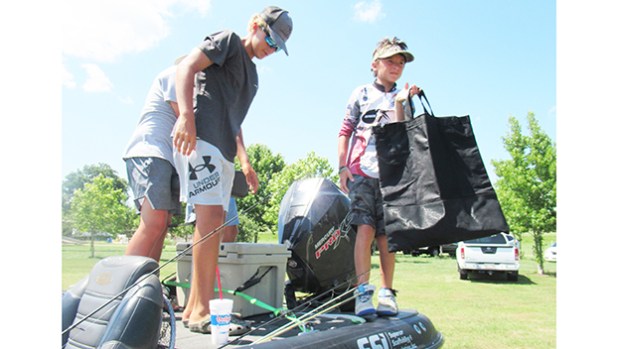 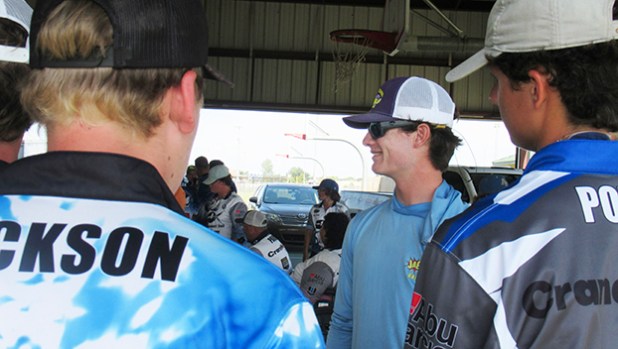 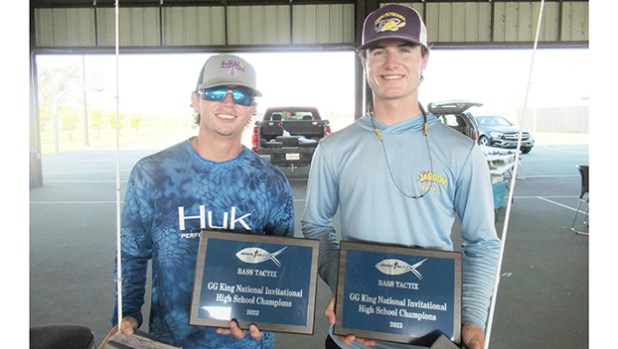 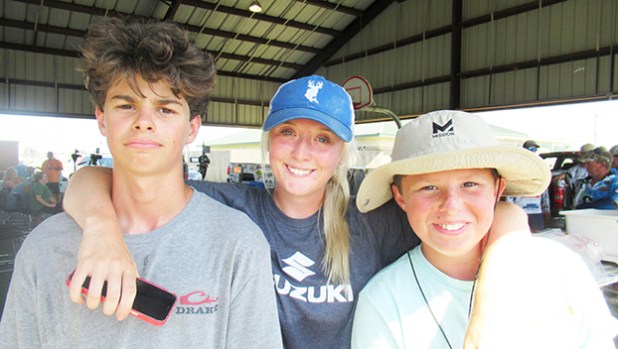 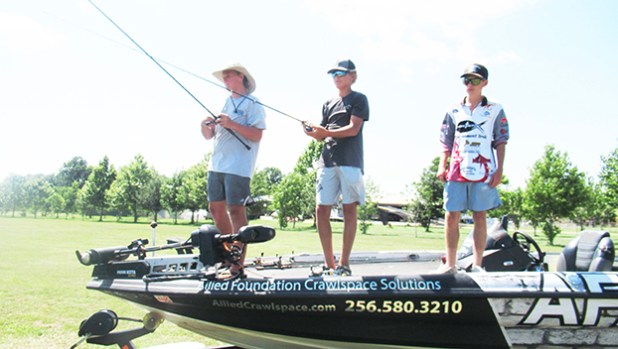 In the polarized sunglasses of a youth bass fishing champion, it’s possible to see a reflection of yourself.

There were about 100 reflections in Vidalia on Saturday afternoon, one per eye, two eyes per head, two heads per boat, 26 boats. Anglers gathered after three days of fishing in Concordia Parish for the final weigh-in of the Bass Tactix youth national tournament.

Three kids in camouflage visors played with beetles on the floor of the pavilion as Richard Parker, BassTactix Director, and Jimmy Allgood, owner of MidSouth Broadcasting, readied to announce the winners.

Beau England, Eli French and Lake Johnson, from the Alabama Bass Academy, sat in a boat a few yards from the shaded cover of the municipal pavilion as they waited for the weigh-in to conclude.

The active target fish finder attached to the bow and the underwater radar screen next to the steering wheel would have both revealed dirt if they were turned on.

England and Johnson didn’t have any bass to weigh that afternoon, so they waited for the prize ceremony away from the crowd.

England said the day of fishing was “Tough, slow and hot.”

The Louisiana bass, England said, hide deeper than the Decatur, Alabama, bass that he’s used to from home. Reeling them in from the deep causes too quick a pressure change for the wannabee bottom-feeders, so their swim bladders inflate. An inflated swim bladder could be fatal, and there’s a penalty for dead fish.

Jacob Goodwin, from the same bass academy, ran towards Johnson and England’s boat with an insulated Bass Pro Shops bag trailing behind him in the grass.

“I need ice, my fish is dying,” Goodwin said as he climbed onto the stern.

England and Johnson stepped to the back of the boat where they loaded ice from their cooler into Goodwin’s bag. They hadn’t needed it themselves.

Johnson and England resumed their conversation after Goodwin ran back to the pavilion to unsuccessfully attempt to revive his bass.

French had left Johnson and England’s boat to stand around the tanks, where the older competitors held their bagged bass in murky water.

They had been there for about 45 minutes, said Levi Thibodeaux, who later won. His hands, picked by bass teeth, held nylon straps connected to a mesh bag which kept his bass trapped but alive.

French told the older boys a story from his day.

“There was some guy with a go-pro pointing at me. He said ‘am I in your way?’ I was like ‘I’ll hook you in the back of the head,” French said.

“Floosh,” French motioned as if he was casting a rod.

Thibodeaux prefers to fish in the adult leagues like Fishing League Worldwide and Major League Fishing, where the prize money is usually higher. Basstactix’s $2500 prize for youth nationals was an exception.

He and Tanner Powe, the runner-up from Waynesboro, are often competitors. They chatted over the tank while they waited to be weighed.

“Coming to the Red River?” Thibodeaux asked Powe. Thibodeaux is continuing the tournament circuit before going home. He said he wants to turn pro.

Powe pointed out that Thibodeaux had already won a boat.

Brianna Tucker, a Suzuki-sponsored pro, stood above a group of Alabama Bass Academy entrees. She was volunteering for the program as a boat driver.

She said professional bass-fishing as a woman can be lonely. She travels by herself because of norms and fishes alone because of rules.

“It’s my God time,” she said about all the waiting on the water. She also said she thinks a lot about where the bass are and how to get them to bite.

In Concordia Parish, Tucker said, the fish aren’t in the grass like they are back home. Instead, Louisiana has Cypress trees and mud.

They also have to avoid the hornet nests at eye-level, two feet above the water, and the cottonmouth snakes that might latch on to their frog lures.