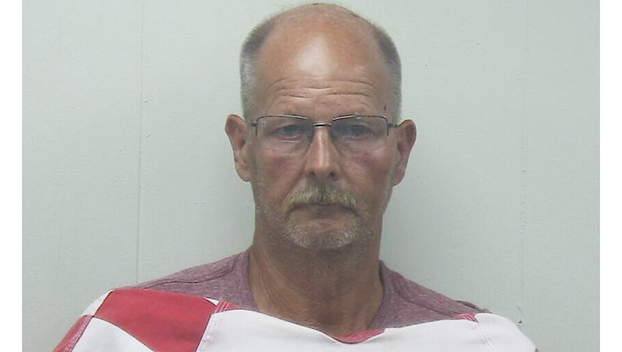 Denny Rex Boyd, 57, from Woodville, was arrested by Concordia Parish Sheriff’s Office on Monday for computer-aided solicitation of a minor and indecent behavior with juveniles. After his initial arrest, more than 100 digital photos were discovered of humans engaged in sexual activity with animals. All persons are presumed innocent until proven guilty.

Deputies arrested 57-year-old Denny Rex Boyd from Woodville man on Monday for attempting to “meet up” with a minor inside a store bathroom to have sex with them, authorities said.

CPSO states the Cyber Crime Unit began investigating a suspect on Friday for soliciting sex from a minor online. A person engaged in lewd conversations with the child over three days, deputies said. As they were still working to identify the suspect, he requested to “meet up” with the child. Deputies said they located Boyd on Monday where the suspect said he would be and immediately took him into custody and identified him as the man who was communicating with the child.

He was initially charged with computer-aided solicitation of a minor and indecent behavior with juveniles.

As part of the investigation, all electronic devices he possessed were seized and logged into evidence. After search warrants were obtained, the devices were analyzed, at which time investigators found the image files of humans engaged in sexual activity with animals.

Boyd now faces additional charges of 100 counts of sexual abuse of an animal by having pornographic images of persons engaged in sex with animals.