Foundation to consider next steps after charter school plans rejected 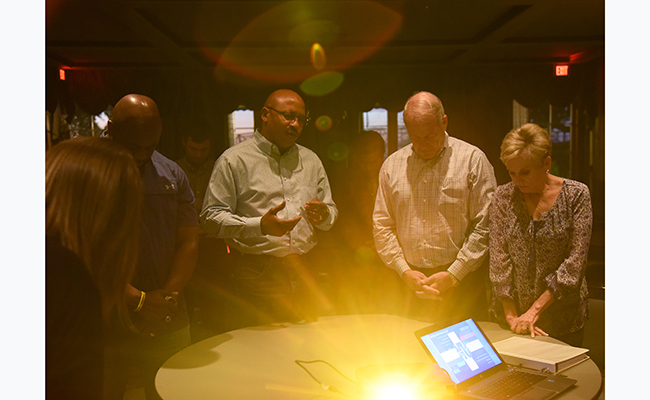 Bishop Stanley Searcy leads a prayer during a Natchez United meeting at the Natchez Grand Hotel in 2017. The meeting was led by Marvin H. Jeter III and Jeremiah Rios who sought unification in prayer, bridging the community together and rebuilding the community starting with education. (File photo | The Natchez Democrat)

NATCHEZ — Advocates whose efforts to open three new charter schools in Adams County were denied will meet next week to consider their next move.

Marvin Jeter III, Ph.D., a member of Natchez United and the nonprofit Natchez-Adams Educational Development Foundation, said he was disappointed the plans did not receive state approval.

“It is my personal hope that our efforts will continue to move forward, but that isn’t my call to make,” Jeter said.

A review from the Mississippi Charter School Authorizer Board is expected to be released Friday, Jeter said, adding the nonprofit board plans to meet on July 19 to discuss the next steps.

The foundation sought to create three schools, including one for kindergarten through fifth grade and two for sixth through 12th grade. The K-5 school would have focused on core subjects including math, science, technology, art while the older students would choose between furthering their artistic or math and science education at either the Academy of Health Sciences or Conservatory for Performing & Media Arts.

More than 200 residents of Adams County signed a petition in support of the schools and 40 wrote letters of support, all of which the foundation submitted to the state with the application, Jeter said.

The foundation started in 2017 with a group of four young men, Jeremiah Rios, Garret Yelverton, Sammy Qudan and Eldric Young, who wanted to do something about the state of public education in Adams County. They sought out Jeter, an educator of 30 years who specializes in innovative educational programs, to help them as a mentor.

The foundation hosted a career day and worked with the Natchez Adams School District to host weekly meetings that included prayer, discussion of issues and identifying possible solutions and community engagement.

While the foundation’s applications were not approved, one other proposal for an Adams County charter school has passed to the third phase of the review process. If approved, Instant Impact Global Prep would ultimately instruct kindergarten through eighth-grade students with a cap of 450 students at full capacity. However, their first year would be for kindergarten through second-grade students with 50 students per grade, said JoAnn Rucker, CEO of Instant Impact Educational Services. While Instant Impact is based in Texas, Rucker and many of its members are natives of the Natchez-Adams County area and started the charter school application process with the end goal of providing better educational opportunities for children in impoverished communities, Rucker said.

The state’s final decisions will be announced in September.