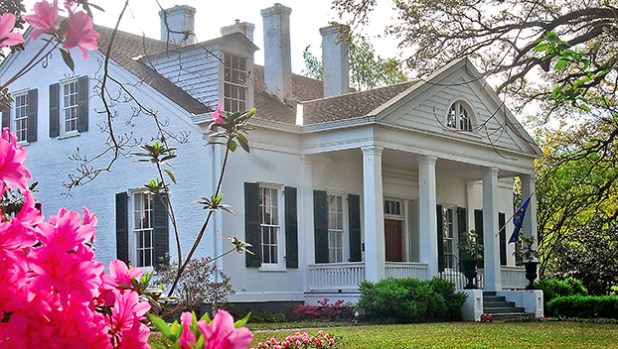 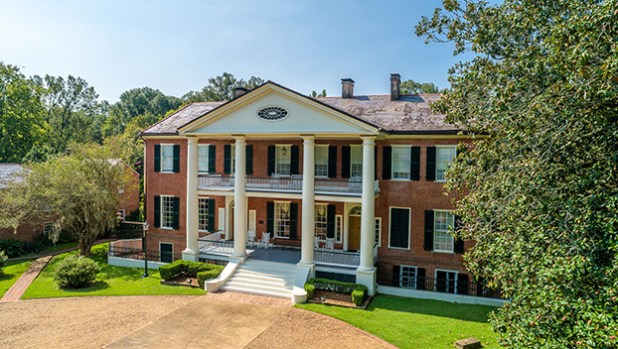 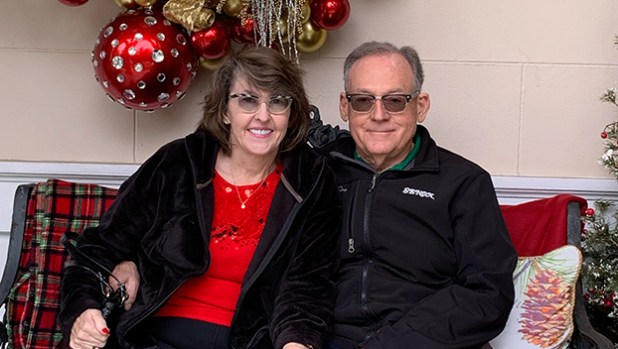 Elizabeth and A.B. Walters discovered Gloucester was on the market in December 2021, while vacationing in Natchez. Here they are at The Towers in Natchez during that vacation. Walters closed on the property on Feb. 4, 2022, his wife’s birthday. (Submitted) 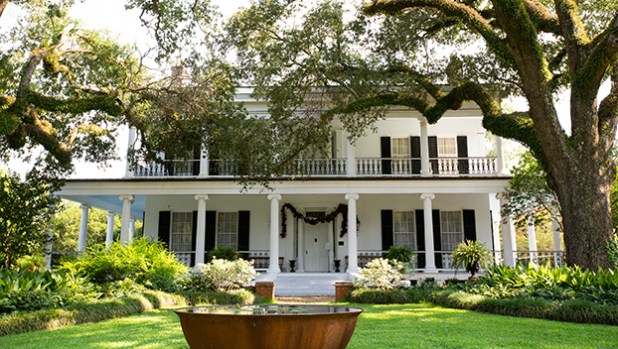 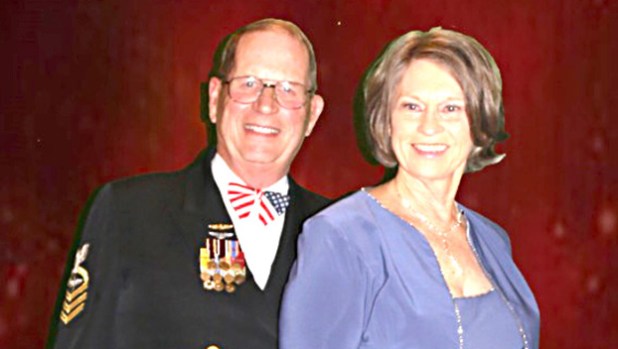 When contacted on Wednesday, James was talking with wedding photographers.

“I thought I had retired, but now I’m not sure. I think I may have a new profession,” she said.

While she has no plans to use Brandon Hall as a bed and breakfast, James will continue to allow weddings there.

“It wasn’t something we were looking to do, but with the sale came three booked weddings in October. We shadowed the seller for a wedding before we closed, and it was magical. Brandon Hall just came alive. The lights, music, people, laughter — she was built to entertain,” James said.

James and Torstenson looked for several years for just the right property in the South.

“I wanted an antebellum home. I wanted gorgeous live oak trees. I love the double galleries. And I wanted acreage. I wanted to look out and have it look like it would have looked in her day,” she said. “We just drove in that driveway and all of the others paled in comparison.”

James and Torstenson stayed at Elgin during their many searches for a Natchez home and said Ruth Ellen Calhoun was most encouraging about their planned move to Natchez.

James gave credit to her Realtor, Dianne Brown of Hudson and Brown Real Estate LLC of Natchez, for helping her find the perfect home. Brandon Hall was listed by Jackie Smith of Paul Green and Associates Realtors of Natchez.

“She was patient. Dianne just kept working with us. She told us we must see this house and I told her it was too much money. She kept saying, ‘You need to see it.’ ”

James is a retired Seattle trial attorney. She and her husband, Al Torstenson, were born in Canada — she in British Columbia and he in Ontario — but have lived in Seattle for many years. Torstenson is a retired U.S. Navy officer.

James is having Brandon Hall’s original hardwood floors refinished and is replacing carpeting, but those are the only renovations planned.

In 1990, more than 30 years ago, Elizabeth Walters was researching Jane Herbert Wilkinson Long, who is known as the “Mother of Texas.”

“I read she lived at Propinquity in Washington, Mississippi. That’s how I discovered Natchez for the first time,” she said.

After visiting, she said, “It was immediate love. I fell madly in love with Natchez. I bought every book ever written on Natchez or Natchez homes. I didn’t come back to visit often, but as often as I could.”

“He asked me what kind of houses I liked. I told him I like the ones in Natchez,” she said.

Her husband had never been to Natchez and they spent part of their honeymoon here. He was smitten with Natchez, too, she said.

“We continued to come back. Last year, we were planning a vacation with another couple in December and I suggested coming to Natchez, so we all four met here. We were here less than a week. My husband saw a for sale sign at Gloucester and pointed it out to me.”

Having studied Natchez history and its antebellum homes, Walters knew Gloucester, built in 1803, was once the home of Winthrop Sargent, who served as the first governor of the Mississippi Territory.

The Walters called Jackie Smith, a Realtor with Paul Green and Associates Realtors, and toured the home the next day while in Natchez on vacation.

“When we got home, my husband continued to talk to Jackie and negotiated and bought it,” Walters said. “He set the closing date for Feb. 4, 2022, my birthday.”

She said her husband is a self-made man.

“He grew up in the piney woods in northeast Texas in a home that had no indoor plumbing until he went to kindergarten,” she said. “When he graduated high school and his home, all his mother had to give him was some canned goods. That’s how he was sent off into the world.”

Walters started a business installing rain gutters on homes and buildings. That business has grown and morphed. Today, Walter’s company, Senox Corp., manufactures seamless gutters and dominates that market in the southern U.S.

The couple lives on a ranch in Burnett, Texas, and plans to use Gloucester as a vacation home.

“My husband retired on April 1 and passed the management of the company on to his daughter, who has been training with him for years. They were in the middle of building another factory in Texas, so he has not really retired completely. He is doing special projects, like overseeing the factory construction. He works like a demon from first light to dark on our ranch, too. And we have six little grandkids in Texas who are at the ages that they still like us.”

The Walters are working with local companies and people to get Gloucester caught up on deferred maintenance at the home, but she said the home was in excellent condition when the couple bought it this year.

“We bought it lock, stock and barrel,” she said. “The previous owners took only a very few sentimental items from the house. We are working on the gardens. We want to get the gardens back into the shape they used to be.”

For the first time in more than 20 years, Gloucester will be on tour during Fall Pilgrimage this year.

“We hope people will come see us and the home during Fall Pilgrimage,” Walters said.

“My love of old houses goes way back. I lived right there among the River Road plantations. My daughter worked at Houmas House (in Darrow, Louisiana) through high school and college. I just love old houses,” she said.

Stewart renovated her first home in the 1980s, and Twin Oaks will be her ninth renovation and her largest.

The retired registered nurse and her husband, Montie Chapman, who is retired from the railroad industry, bought Twin Oaks in March of this year directly from Concordia Bank and Trust.

She also renovated and is living in Evergreen, a house on Cemetery Road in Natchez, which she plans to sell after renovations at Twin Oaks are complete.

“All the time I was renovating Evergreen, I was looking for a bigger house,” she said. “I was going to a meeting and I passed up the meeting spot and I had to turn back. My neighbor was with me, and I saw Twin Oaks and saw the ‘for sale’ sign. I said, ‘What is that house? It’s not listed on the real estate sites.’ My neighbor said, ‘No. That’s because the bank has it.’”

That afternoon, Stewart was walking through Twin Oaks with her contractor, Lee Blanton of R.L. Blanton Construction.

At the time, Stewart’s main home was a house in Florida near one of her two children.

“I went back to Florida and met with a Realtor who told me she could sell the Florida house in a week. I’m not a risk taker, and to me, buying Twin Oaks was a risk. I had four days to decide if I wanted to do it,” she said.

Stewart worked through a Natchez attorney who prepared a bid for Twin Oaks and walked it in 10 minutes before the bid deadline, she said.

“I really didn’t expect to get it.”

Stewart said Twin Oaks will be her home and she doesn’t plan to renovate another house.

“My kids look at me out of the side of their eyes when I say that,” she said.

She will not operate the house as a bed and breakfast.

However, the two may open their house during Pilgrimage when it is ready, perhaps in the fall of 2023.