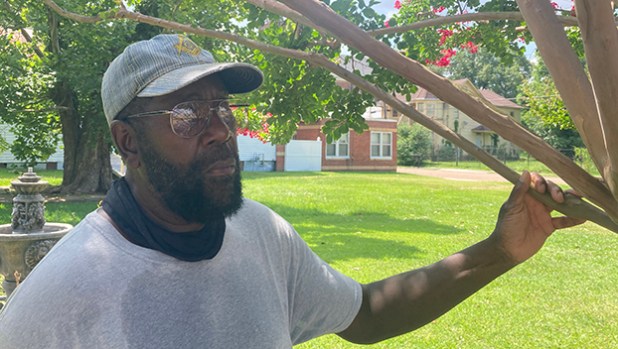 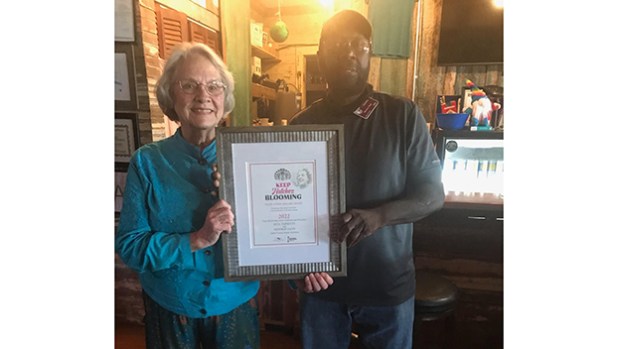 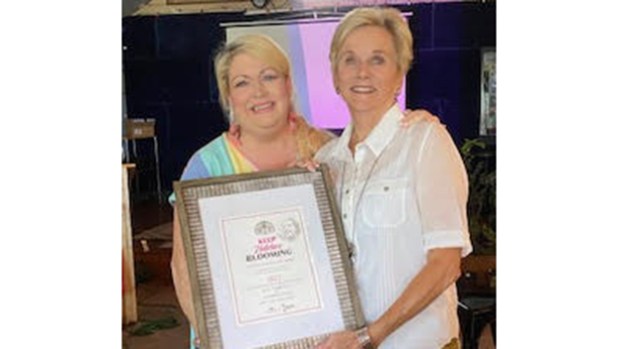 Sallie Ballard is remembered for beginning the “2000 for 2000” project which planted thousands of crepe myrtles in Natchez before the turn of the century.

“She decided that Natchez would be the crepe myrtle capital of the world,” said Chesney Doyle, board president of the Downtown Natchez Alliance.

Ballard passed away in 2017, and a year later “the dreaded bark scale disease plagued the crepe myrtles,” Doyle said.

“A smoke-colored darkness goes up from the root,” Sago said about bark scale, an insect-borne disease that infects the trees.

The bark scale insects hide beneath peeling bark and attach their cocooned eggs in branch crotches.

“When you bust the white cocoon, it bleeds like blood. That’s how you know it’s sickly,” Sago said. “They could have beautiful blooms but still be infested.”

Eventually, the blooms will fade.

Sago and the Master Gardeners treat every crepe myrtle tree in Natchez every year. Even if only one is diseased, the bugs could be carried to a healthy tree by a bird.

They measure the diameter of each tree to determine how many ounces of commercial-grade solution they will need. Then, with a syringe, they inject the cocktail into holes they’ve punched in the tree’s base.

When the roots absorb the chemicals, it sounds like they’re sucking from a straw, Sago said.

If they need to cut off diseased limbs, they can’t dispose of them in a yard, Sago said. “They need to be burned.”

Sago first met Tebbetts when she and her late husband visited the row of crepe myrtles outside Sago’s Rhythm Night Club Fire Museum. Tebbetts had already been a Master Gardener for about seven years.

She advised Sago how to trim his branches so they wouldn’t cross and form knots. From there, Sago took agriculture classes at Copiah-Lincoln Community College and became a Master Gardener in 2015.

They now work together to maintain all of the crepe myrtles in the city and educate anyone who might join them. The Master Gardeners don’t work for the municipality, but end up taking care of all the Natchez crepe myrtles because nobody else can.

At the farmers market during the festival, Sago explained his work to visitors. He described the plaguing ovules and demonstrated the pesticide treatment.

“They look like witches’ brooms, sent out of shoots,” Tebbetts said.

From a distance, they might look good, but up close you can tell they were cut wrong in the past, years and years back, Tebbetts said.

Visitors to the Crepe Myrtle Festival followed maps through the cemetery and downtown, along rows of the trees, some well pruned and some not.

Doyle said self-guided tours were the blueprint of the festival, meant to celebrate Ballard’s work and encourage tourism. In a stand at the farmer’s market, they also sold trees.

Next year, Doyle said the Natchez Downtown Alliance with festival founder Pete Patout plan to partner with the Master Gardeners, the Garden Lovers of Natchez and the garden clubs to help grow the festival.

It’s all for beautification.

“And it’s not just about planting the flowers in the beds, they have to be maintained. That’s where it gets tricky,” Doyle said.