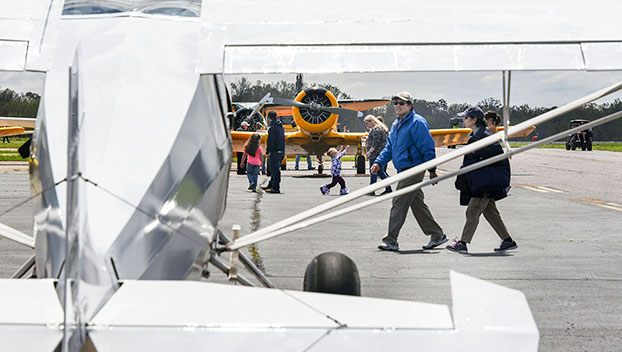 Airplane pilots, enthusiasts and local residents enjoyed a Fly-In at the Natchez-Adams County Airport in 2021. (File photo | The Natchez Democrat)

NATCHEZ — Natchez Mayor Dan Gibson announced at this State of the City address last week that executives from Southern Airways would be in town on Wednesday to discuss commercial air service for Natchez.

That meeting is set for Wednesday at 10 a.m. at the Natchez Convention Center on North Canal Street.

“We are excited to be able to meet with Southern Airways executives to discuss commercial air service for Natchez,” Gibson said.

Richard Nelson, director of the Natchez-Adams County Airport, said Southern Airways will be in Natchez that day to get to know the area. He said there is no commitment at this time between Southern Airways and the county’s airport.

At 11:30 a.m., following the airport portion of the meeting, the Mayor and Board of Aldermen will have a joint meeting with the Adams County Board of Supervisors to discuss the situation of the location of E-911, the joint emergency dispatch for city and county law enforcement and fire.

The city’s police chief, Joseph Daughtry, has presented a plan to the mayor and aldermen to house the dispatchers in available existing space at the city’s police department on D’Evereux Drive, rather than purchasing a building to relocate dispatchers from the basement of the Adams County Sheriff’s Office and Jail.

The joint meeting will also include discussion of fire protection, funding of improvements to Morgantown Road, the Natchez-Adams County Community Swimming Pool and discussion about the meeting with Southern Airways executives.