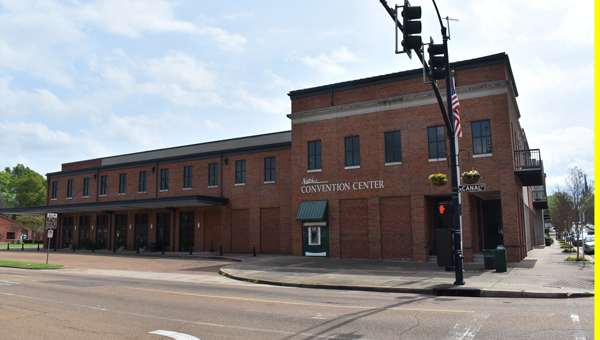 NATCHEZ — The Natchez Board of Aldermen took its first step toward issuing three separate bonds totaling about $14 million for a plethora of projects ranging from renovations to the Natchez Convention Center to improvements to roads in the city.

“The City of Natchez is in good financial condition, and we are grateful for the work that got us to the place we are now,” said Natchez Mayor Dan Gibson. “We are within two years of retiring a bond for the convention center, and a portion of that retirement bond is in escrow right now.”

He said the city needs to move forward now also because interest rates are starting to climb and the city will be able to lock in a favorable interest rate by getting started now.

In the first bond project, the city will seek $5.35 million for renovations to the convention center, city auditorium and the city’s civic center, previously called the community center, located at Franklin and Wall streets. Of those funds, $3 million will go to renovate the convention center, $2 million to renovate the city auditorium and $350,000 for the civic center.

“Once we renovate the convention center and city auditorium, we can drive more and more engagements to those facilities. It will mean more revenue for hotels, restaurants, bed and breakfasts and retail shops. The city auditorium can become a major venue for concerts and for the use of Natchez organizations and festivals,” the mayor said.

“We also want to put that Natchez touch on these facilities and make them truly destination venues in their own rights,” he said.

The bond will be repaid using the tax dollars that are specific to maintaining and services the convention center.

In the second bond project, the city will seek $6 million in bond money to repair city streets. That bond will be repaid over 10 years using Internet sales tax monies, which will in 2023 is expected to be greater than $1.2 million. By act of the state legislature, those Internet sales taxes can be used only on infrastructure uses like improvements to road and streets and sewage system improvements.

No list of streets or roads to be improved was provided.

In the third bond project, the city will issue $2 million in bonds to pay a number of improvements in the city, including:

• $250,000 to extend utilities to the north end of the Bluff, where festivals and concerts are being held now.

• $100,000 for improvements at the City Council Chamber building.

• $1,075,000 for completion of the North Natchez Youth Center and the Duncan Park Golf Clubhouse.

Peyton Prospere, an attorney with Watkins and Eager, will lead the effort to secure the bonds. The city must hold a public hearing on each bond in August. Prospere said he thinks the bonds will be funded by the second week in October.

Each of the three bond proposals passed unanimously except the convention center project, where Bridgewater-Irving abstained from voting. She did not give a reason for her vote.

“I am excited about these projects. In two years, we will be able to say we made the most of the time given to us,” Gibson said.