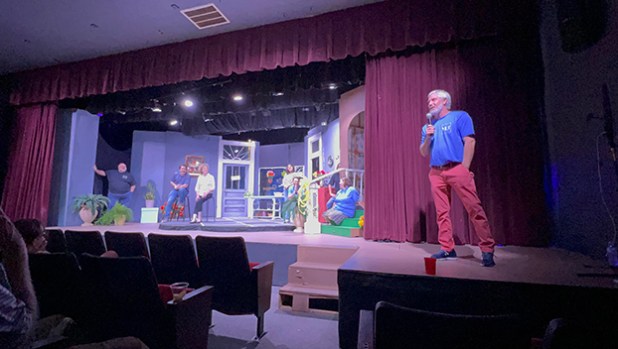 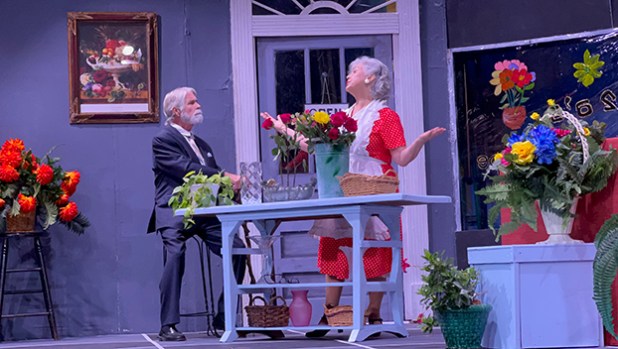 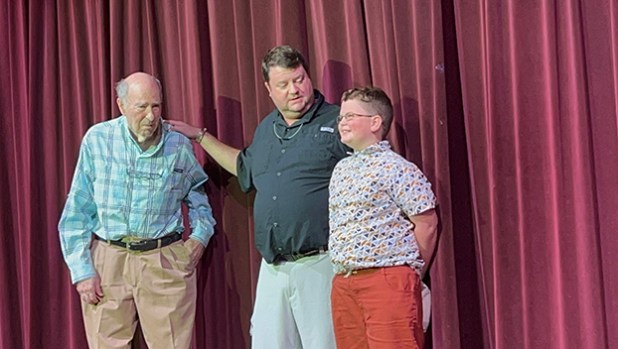 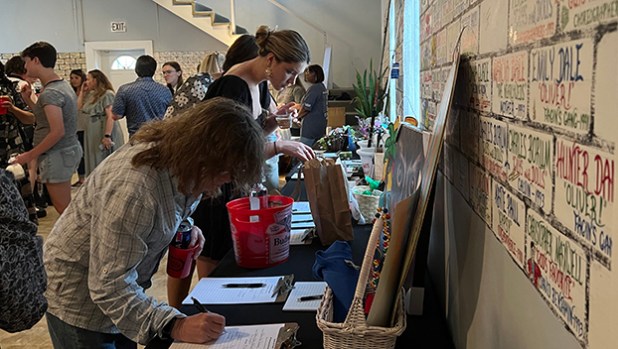 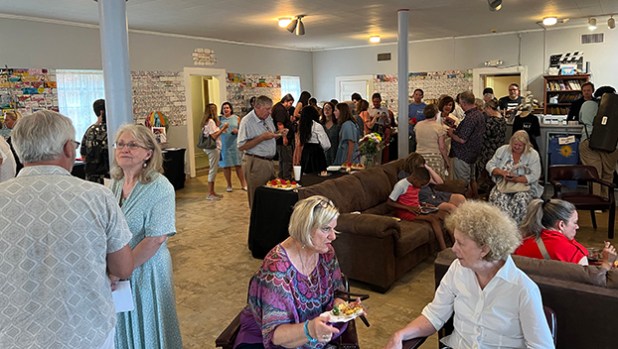 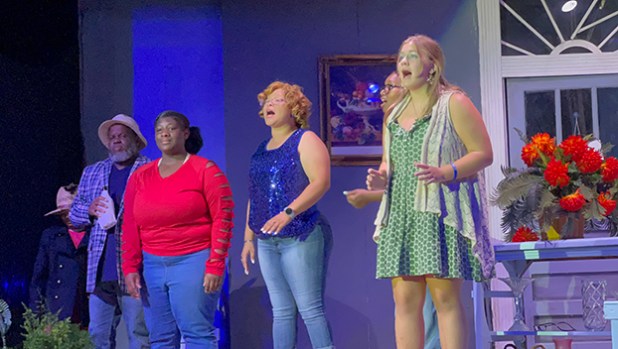 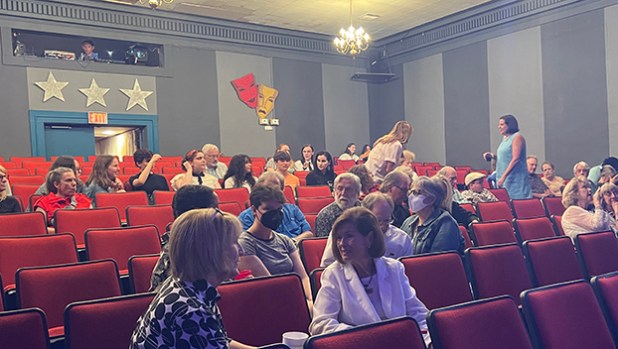 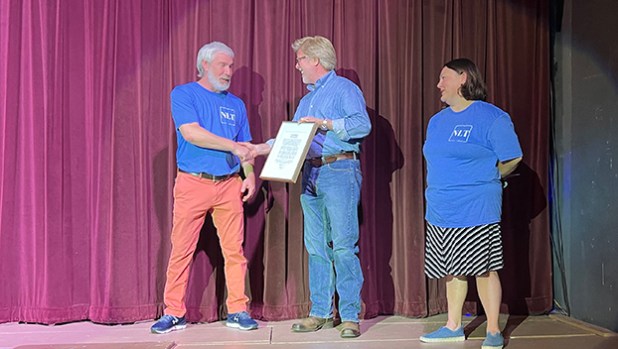 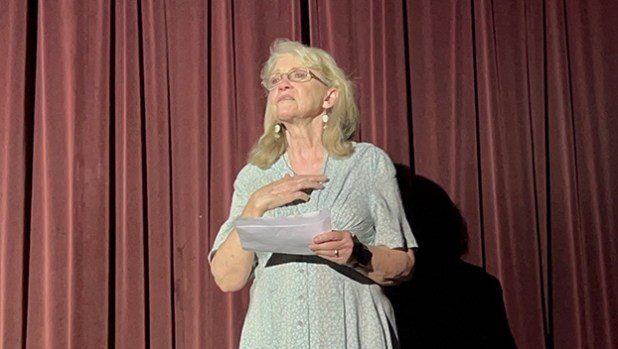 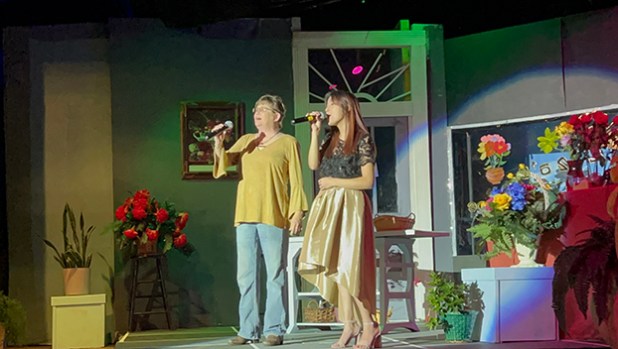 Julie Emerick as Grasshopper and Ragde Torres as Miss Lady Bug perform the song “Everywhere that You Are” from Roald Dahl’s “James and the Giant Peach.”

Established in 1932, the Natchez Little Theatre is Mississippi’s oldest community theater, said Natchez Mayor Dan Gibson while presenting a proclamation of achievement to Natchez Little Theatre on Saturday. NLT’s first production was a one-act play called “The Florist,” performed earlier in the 1920s, he said.

This play was revived Saturday for the anniversary celebration by two veteran actors, Bennie Boone and Rusty Jenkins, and directed by Judy Wiggins.

NLT has meant much to generations of Natchez families, said Peirce Beach, a member of the NLT Board of Directors.

His father, Jerry Beach, became involved in the NLT in 1964 while it was still housed at the old Braden school on Homochitto Street, Peirce said. Much later on, Peirce’s son Addison joined NLT with his first performance in “Shrek the Musical,” at which point Peirce became more involved as a board member. Growing in the 1970s, Peirce said he didn’t have the opportunity to perform as his son did because most plays had all adult cast members. However, he remembers watching his dad act from behind the scenes.

A silent auction was held Saturday to support future productions and the much-needed upkeep of the building.

It takes $3,000 to $4,000 for the theater to put on a single play, said Nicole Harris, who is both a performer and a member of the NLT Board of Directors.

The theater tries to make up for that with tickets, but that does not leave much room for building maintenance she said. The building’s top needs are a new roof and a new air conditioning unit. The nonprofit, volunteer-supported little theater relies completely on donations, ticket sales and membership dues, she said.

“We may have to go up in ticket prices but if we do that we will have student prices and things like that,” Harris said. “That is something that we’ve been discussing in our board meetings. We want to be fair and still have money to take care of the things that we need to take care of.”

Saturday night’s festivities also included three musical selections, two from the latest show put on by NLT, James and the Giant Peach, and one from an upcoming production “Little Shop of Horrors,” that will be performed Aug. 18 through 21.