Orange safety fencing sections off areas of the former Natchez High School, including the main office which is still being worked on for its renovation as the new Natchez Middle School. (Sabrina Robertson | The Natchez Democrat) 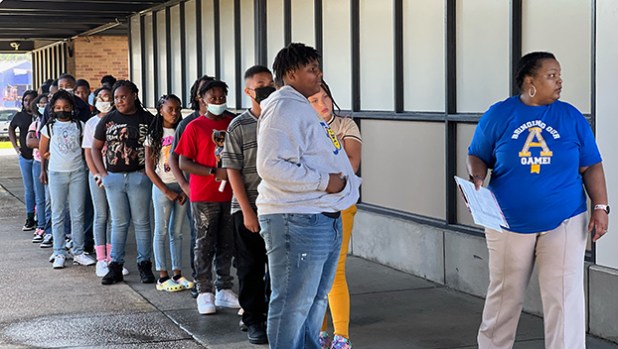 Middle school students walk to the cafeteria while touring the campus on their first day back to school from summer break. (File photo | The Natchez Democrat) 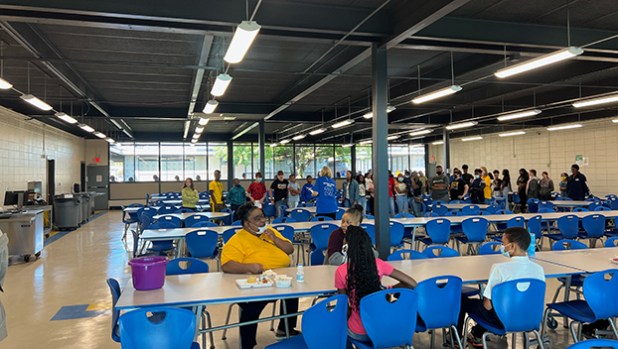 The middle school cafeteria, at the former Natchez High School, has been renovated with new floors and fresh paint. Middle School. (Sabrina Robertson | The Natchez Democrat) 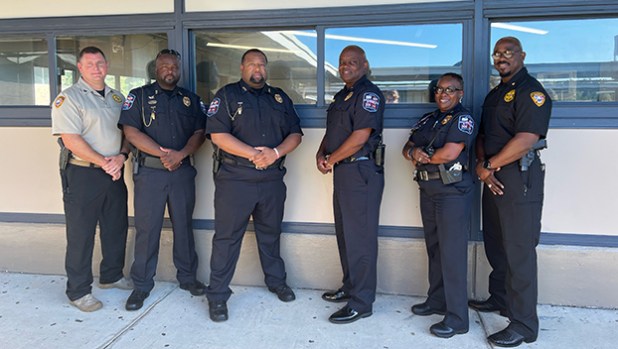 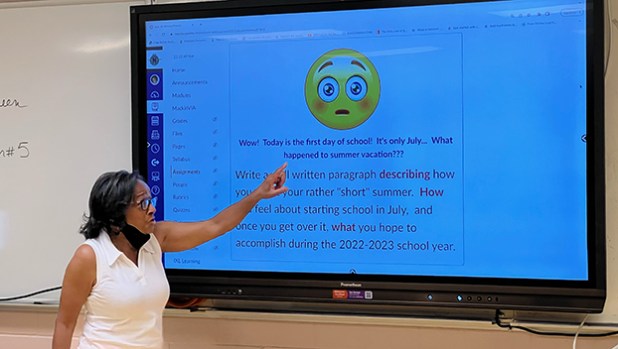 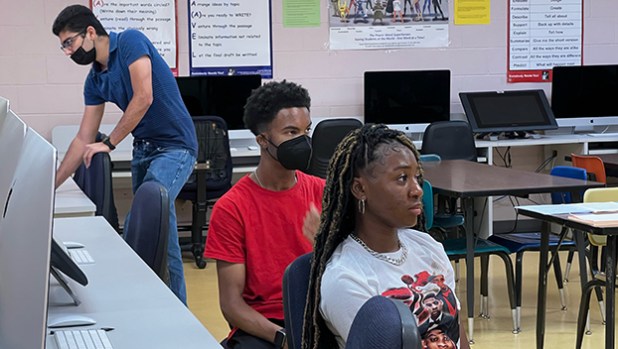 High school juniors Kailisa White, front, and Brandon Jackson, behind, listen to instructions from their teacher on their first day back at school from summer break. Middle School. (Sabrina Robertson | The Natchez Democrat)

NATCHEZ — Middle school students walked around bright orange safety fencing as they went from classroom to classroom on Thursday, the start of a new school year for Natchez Adams School District.

Day one’s lessons at the new Natchez Middle School began by showing students around and getting them accustomed to the new campus, housed at the former Natchez High School. This included showing students the new and renovated bathrooms and cafeteria as well as new classrooms.  Some high schoolers also hopped on a bus from the Robert Lewis Magnet School to Fallen Career and Technology Center, which is adjacent to the middle school campus.

The setup is going to take some getting used to, Digital Media and Technology teacher Laveria Green noted as she spoke to students about her expectations for the upcoming school year.

This school year, her classes will be expanded to include ninth-graders.

“And I’m scared to death,” she said with a laugh.

Students showed interest in the classroom activities that will come.

Kailisa White, a junior, smiled as Green told the class they would have lessons in music production.

“She is a piano virtuoso,” Green said of White.

Her classmate Brandon Jackson’s face brightened as he gestured to an upright tablet screen attached to a stylus on his desk.

“Is this used for drawing?” he asked Green, which it was.

Jackson said drawing is his favorite activity. He mainly focuses on comic book characters. His favorite is Spider Man, he said.

They were there to greet students back to school with a smile and make sure everything goes smoothly, said Commander Justin Jones of Natchez Police Department, adding, “We’ll be at every school.”