NATCHEZ — A Natchez man charged with conspiracy to commit murder in connection with the 2018 killing of Don Owens has bonded out of jail this week after his bond was reduced from $500,000 to $50,000. 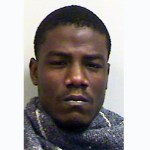 According to court records, his bond reduction had been ordered by Judge Lillie Sanders earlier this month.

“I don’t have any comment on that,” Sanders said of the bond reduction. “It’s improper to comment on a case that is pending.”

Hayes also was charged in March 2020 with a drive-by shooting case that never went to trial because the only witness, Don Owen’s cousin Kendrick Owens, was murdered, according to District Attorney Shameca Collins.

Kendrick Owens was shot in the drive-by shooting on Christmas eve in 2019 and was later killed three months after Hayes was arrested for the crime. The investigation of Kendrick Owens’ death is still ongoing, Collins said.

Don Owens was 29 years old when he was shot and killed at approximately 9 p.m. on Dec. 17, 2018. Hayes was arrested on charges tied to the incident in July 2021, when law enforcement announced in a press conference that they’d made a break in the case.

DiQuan Seals later turned himself in to the Natchez Police Department on the same charge. Investigators reportedly obtained audio from a phone message between Hayes and Seals where they allegedly spoke about killing Don Owens.

Don Owens’ mother, Rebecca Owens, said she had no knowledge of Hayes’ bond being reduced or him being released earlier this week until she found out about it Friday.

“We were not notified. I wasn’t notified as a parent whose son was murdered,” she said.

Two years after her son was killed and a year after her cousin was killed, Rebecca Owens said she was starting to feel close to finally getting justice — only to find out today that the man police arrested had been let go.

Collins said she had not been notified of the bond reduction either.

“If it was reduced, it was not the result of a hearing I was in,” she said. Collins added she had personally been to a minimum of three bond hearings for Hayes where her office argued against his bond being reduced.

Rebecca Owens said she, too, had been to at least two bond hearings where Hayes was denied a new bond.

Adams County Sheriff Travis Patten, who oversees the county jail that houses both city and county inmates, said typically it would be up to the District Attorney’s office to keep affiliated family members notified of the status of pretrial inmates.

“Since I’ve been sheriff, I have not been to one bond reduction hearing,” he said. “It was done before we knew it. What we can do is try to put together a house policy that if someone is released from a murder charge, at least one person from the victim’s family will be notified.”