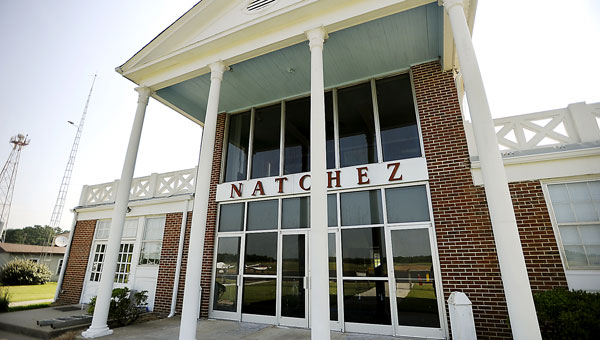 NATCHEZ — A huge piece of the puzzle needed to secure a commercial air service for Natchez fell in place on Friday evening.

City, county and airport officials were notified the Natchez-Adams County Airport is being awarded a coveted Small Communities Air Services Grant from the U.S. Department of Transportation.

The grant, which requires a 20 percent match from communities, will provide $750,000 toward risk mitigation to help shore up a commercial air carrier during its start up, a time when it is expected to lose money.

The county and city will provide about $300,000 together toward the risk mitigation airport.

On Tuesday, Mark Cestari of Southern Airways said he thinks Natchez would be a good fit for that company, but it would require those grant dollars to bring them here.

Wes Middleton, president of the Adams County Supervisors, credited the hard work of Airport Director Richard Nelson with the success of the grant effort.

“If it weren’t for Richard Nelson, we would not have this grant,” Middleton said. “We have been told it takes typically at least three times of applying for this grant to get it. He got it on his first try.”

“The day Richard Nelson agreed to be our airport director was a very good day,” said Natchez Mayor Dan Gibson. “This is so exciting, and will lead the way to so many good things.”

“He worked very hard to make this happen for our community,” Nelson said.

Gibson also touted the work of lobbyists Gregg Harper, a former U.S. representative from Mississippi, and Manning McPhillips. Both are of the firm Watkins and Eager and are employed to lobby for the City of Natchez and Adams County. Harper and McPhillips have been responsible for securing more than $30 million in grant funding for Natchez and Adams County in the last two years alone.

Nelson, Gibson and Middleton also recognized the hard work of Jeremiah Gerald, a consultant hired to help secure funding and generating interest among commercial air carriers in the Natchez market.