Nearly $10K reward offered for information on May 2020 double homicide; one indictment served

NATCHEZ — One indictment has been served in a May 2020 double homicide case that law enforcement believes multiple people were involved in. They are asking the public for tips.

A Crime Stoppers reward of $9,999 is offered for tips that lead to an additional arrest in the case, Adams County Sheriff Travis Patten said.

Semaj Cantrice Jackson, 19, has been recently indicted for two counts of murder in connection with the May 1, 2020, shooting and killing of 16-year-old Cameron Jones and his 18-year-old girlfriend, Jamesia Brown, as well as assaulting a police officer. 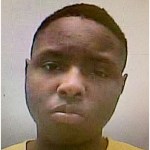 The young couple was reportedly shot to death while sitting in a parked car outside the Kenny Graves Apartment Complex in Adams County. Investigators believe more than one person approached the vehicle and fired shots.

Two years after the shooting, Patten said, “This case is still ongoing. The family is still grieving and we need the public’s help. No amount of information is too big or too small.”

Anyone with information may contact Miss Lou Crime Stoppers at 888-442-5001 or the Adams County Sheriff’s Office. All tips submitted through crime stoppers are left anonymous.