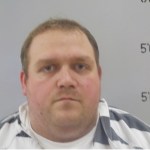 VIDALIA, La. — Concordia Parish Sheriff’s Office’s Cyber Crime Unit aided in the investigation of a man from Colfax, Louisiana, who allegedly contacted a 15-year-old online and asked for a secret dating relationship because he had just started a teaching job in Grant Parish.

Authorities said Bradly J. Dyer, 26, a resident of Colfax, sent sexually explicit photos of himself during conversations with a teen and discussed dating the teen and keeping it a secret.

Authorities also said Dyer told the teen he had recently begun a new job as a high school teacher. After CPSO detectives were able to identify Dyer, contact was made with the Grant Parish Sheriff’s Office who served a warrant for his arrest on Sunday night.

He was taken into custody without incident and has been charged by CPSO with indecent behavior with juveniles.

The investigation remains ongoing and anyone with information is urged to contact detective Stephen Lipscomb of CPSO at (318) 336-5231 or submit a tip online using the CPSO mobile app.

All persons are presumed innocent until proven guilty, the sheriff’s office states.