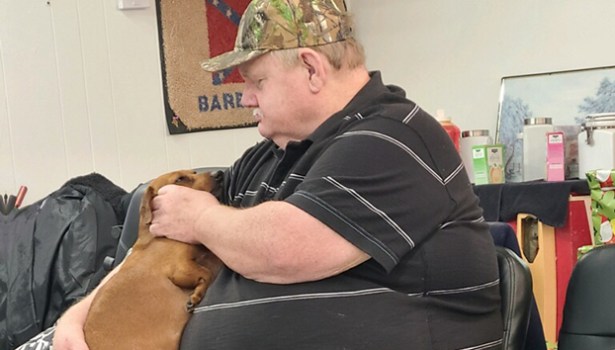 Billy Hall holds Stella, his 12-year-old red Dachshund, who was stolen from his car at Dollar General in Washington on Monday morning. (Submitted) 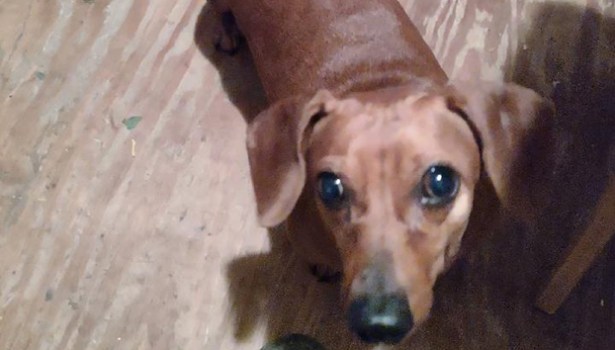 On Monday morning, Hall, who lives in Cranfield, was on his way to take Stella for a walk along the Natchez riverfront, an activity the two enjoy together.

Hall pulled in to the Dollar General Store near Tractor Supply in Washington and ran in to get something to drink. He left Stella in the car with the windows rolled halfway down.

When Hall returned with his drink, Stella was gone. He was frantic and devastated.

Law enforcement was called and a plain clothes officer showed up, Hall said, and looked at the store’s security camera.

Hall’s daughter, Melissa Moreau, said the security camera showed a Black man wearing a hoody reach into the car and take Stella. She said the officer saw no reason to fingerprint Hall’s car because the man didn’t touch it. He just reached in and took the dog, she said.

“Stella was his baby. He would have to carry her everywhere they went because she just couldn’t see. He lost his wife last year, and now someone took Stella from him. He’s done nothing but cry and cry since yesterday.”

Moreau said her father does not have money to offer a reward for Stella’s safe return.

“He lives on a fixed income. He just doesn’t have the money to offer a reward,” she said.

Moreau and Hall ask that any one with knowledge of Stella’s whereabouts to please contact them at 601-807-3879.

“He just wants her back,” she said.