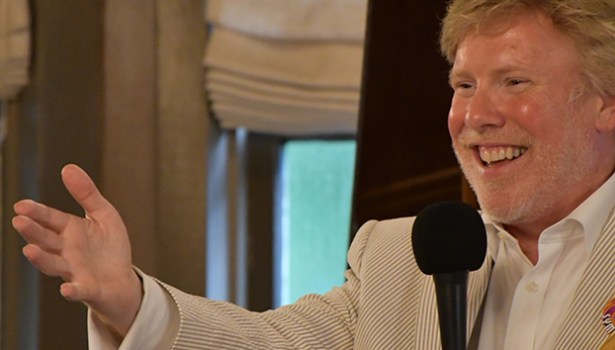 3. Mayor Dan Gibson recognizes someone in the audience while speaking about the new American Cruise Line ship, the Symphony, which will be christened in Natchez on Aug. 30. (Bill Perkins | The Natchez Democrat) 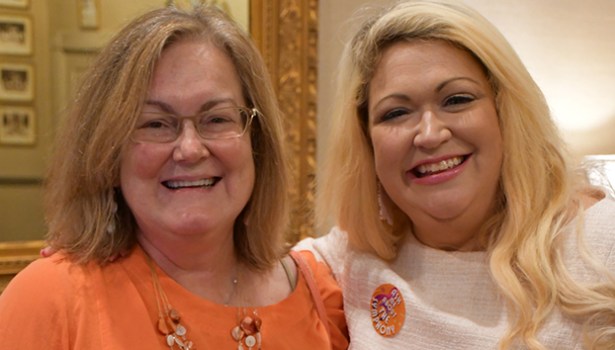 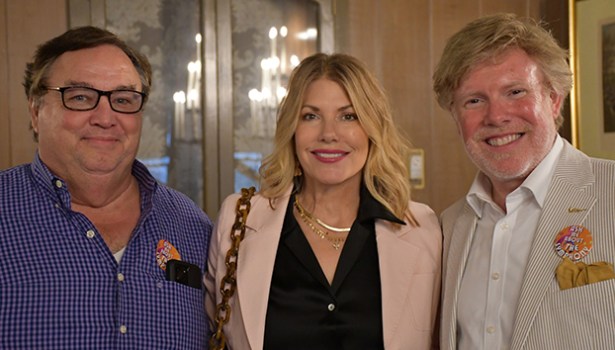 Negotiations for the partnership have been ongoing the past two years, and adjacent to the potential for air service to return to Natchez. Gibson said representatives for American Cruise Lines wrote letters of endorsement and joined calls during the past air service negotiations.

Now, Southern Airways Express has promised dedicated flights to bring cruise passengers directly to Natchez to board a cruise on the Symphony, which will begin and end in Natchez.  Offers from certain cruise companies and airlines have motivated other cruising and flying companies to turn their attention to Natchez, Gibson said.

“The last time we had air service was in 1975,” Ward 2 Alderman Billie Joe Frazier said.

Gibson called American Cruise Lines CEO Charlie Robertson during his speech at the event. He held his cell to the microphone.

“We love what you’re doing in the city and we want to be part of it,” Robinson said. His company grosses $35 million in revenue annually.

“We have waited for the time when Natchez would boom again,” said Pilgrimage Garden Club President Marsha Colson. When tourism increases, higher sales tax revenue raises the city’s bottom line, she added. Cruise lines could pay for roads and other much-needed improvements in the city.

When people fly in for cruises, they arrive the day before departure, if not earlier. They will stay in hotels, eat at restaurants and shop, Gibson said.

The Symphony, the cruise vessel scheduled for its first fully loaded departure on Aug. 30, has 90 rooms. Natchez will need to host all of those visitors the night before departure. The Eola, according to the most recently proposed redesign, will have 94 rooms.

Gibson said the city is also seeking housing developments and medical professionals to support the influx of people he expects with new commercial air service and cruise line deals.

“And then they might buy a second home,” Ward 3 Alderwoman Sarah Carter Smith said.

Gibson concluded the evening on the piano, as the audience sung alongside him “What a Wonderful World,” by Louis Armstrong.

On Aug. 30, Natchez will host the christening of the Symphony cruise ship. Details of that event are expected soon. 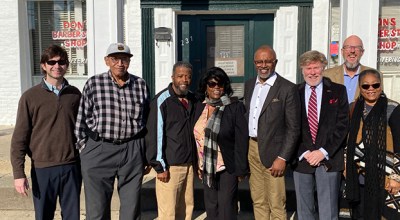 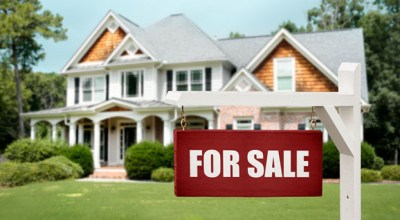