VIDALIA, La. — “Nicky” Peré has resigned from the District 5B seat on the Concordia Parish School Board. 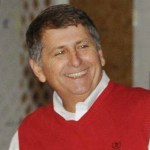 A letter from Peré’s attorney Andy Magoon, which was read aloud at Thursday’s board meeting, states his resignation is “effective immediately due to ongoing family and health issues. Mr. Peré appreciates the opportunity to serve his district as part of the board and intends to remain active in community activities that favor education and the development of children’s educational and athletic opportunities.”

Peré was appointed by the school board in November to fill the seat vacated by John Bostic.

Bostic, who served on the school board for seven years and served the school district for 40 years, retired before the end of his term. Peré then won a special school board election against Matthew Taunton in March, solidifying his position on the board.

Qualifying for the election ended July 22 and Taunton is the only remaining candidate on the ballot for the now vacant school board seat in District 5B.

Because Taunton will be unchallenged in the election, the school board said once notice of the school board vacancy is issued by the Secretary of State’s office, Taunton would be sworn in to finish the remaining five months of Peré’s term before Taunton officially takes office in January.

Peré, Taunton and Ralph Simmons were the only three who applied to the school board to fill Bostic’s seat when it came open in November.

In other matters during Thursday’s meeting of the Concordia Parish School Board, the board offered a ray of relief to Vidalia Junior High School teachers who lost personal items when the school was vandalized. Three juveniles reportedly ransacked the school, causing over $200,000 worth of damage. Water was reportedly poured inside of carts containing Chromebooks, damaging at least 120 devices. Computers, smartboards, cameras, projectors and printers were also smashed and painted.

Approximately $8,000 was received in community donations that will be divided evenly among teachers and teacher’s assistants, Board President Fred Butcher said.

The school board voted to match that with a $300 stipend per teacher and teacher’s assistant to reimburse them for their loss.