NATCHEZ — A Natchez man says he was the victim of a moving company embezzlement scheme that has led to the arrest of two men in Oxford. 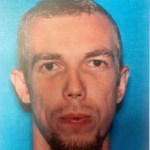 An employee and the owner of Spyder Moving Services, a moving company that services areas throughout Mississippi and Tennessee, were arrested this week on embezzlement charges in

Owner Vladyslav “Vlad” Ladygin, 26, of Oxford, was arrested Thursday by Oxford Police Department for two counts of embezzlement under contract.

Ladygin was taken before a Lafayette County Justice Court judge and issued a $25,000 bond.

On Aug. 5, Oxford police arrested Charles Joiner, 54, of Oxford, for accessory to embezzlement under contract. Joiner received a bond of $5,000. 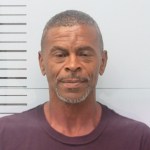 A report was filed at the Natchez Police Department on June 24 by a Natchez resident stating he had hired Spyder Moving Services to move his belongings from his apartment to a nearby storage unit.

The movers reportedly arrived at his apartment at approximately 2:30 p.m. on May 28, and after loading some of his belongings on the truck, would not finish the job until he paid them. However, the invoice was nearly three times more than the amount the property owner expected to pay, according to his report. He said he was given a quote of $900 and instead the movers handed and invoice of more than $2,600 for 14 hours of work, which included the time it took them to travel to his home from Hattiesburg and back again, according to the police report. The movers took off with his belongings still on the truck and later contacted him again, giving him until June 24 to pay for the service or they would keep his stuff.

Items taken included more than 80 boxes of personal items such as daily medications that he needed and several pieces of furniture. More of his belongings were left sitting outside his apartment when the movers left.

Natchez Police Chief Joseph Daughtry said the issue was filed as a civil matter because the property owner had signed a contract that stated the cost of the moving company driving here, but he missed the fine print.

“That’s what made it a civil matter,” Daughtry said. “He signed every block.”

A report was also filed with Attorney General Lynn Fitch’s office. A spokesperson of the Attorney General’s office said they could not comment on the issue because it is an active investigation.

On Sunday, Aug. 7, Oxford Police investigators executed several search warrants at storage facilities in Oxford and Pontotoc and reportedly recovered the property of at least seven of the moving company’s victims. Pontotoc Police Department and Pontotoc Fire Department assisted in the searches.

Anyone with information about this case is asked to contact Oxford Police Department at 662-232-2400. This is an ongoing investigation and more charges could be added at a later date.