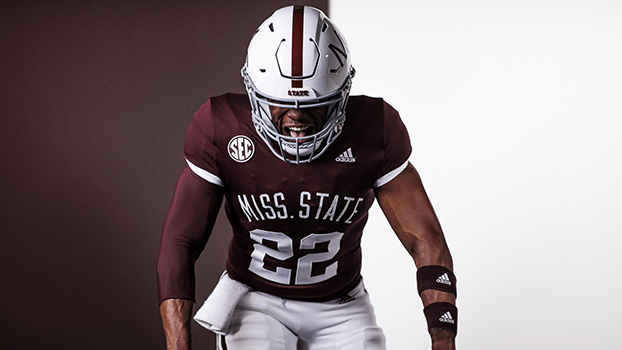 When the Bulldogs host Bowling Green at Davis Wade Stadium on September 24, MSU will don threads paying homage to Dowsing and Bell and commemorating the 50th anniversary of when the two last suited up in Maroon and White.

Dowsing and Bell arrived at Mississippi State in 1969. The new uniforms showcase a unique look that hearkens back to the practice jerseys the groundbreaking players wore three years later in 1972. The outfit also features a custom Dowsing-Bell logo in the spirit of the traditional M-State stripe that honors the two men’s pioneering achievements both on and off the field.

Replica jerseys, along with other merchandise connected to the look, are now available for fans to purchase at multiple Starkville-area retailers, as well as online.

Dowsing and Bell broke barriers when the two arrived at MSU. In addition to blazing a trail for others to follow, they each put together outstanding Bulldog careers.

Dowsing was a First-Team All-American as a senior and earned two total All-Southeastern Conference defensive back selections at MSU. The Tupelo, Mississippi, native ended his career as the school’s career leader in interceptions with 10 and still remains tied for eighth all-time entering the 2022 season.

Dowsing also shined in the classroom and on campus. He was the first player in State history to earn the prestigious honor of National Football Foundation National Scholar Athlete. He was also voted Mr. Mississippi State in October of 1972. Dowsing died at the age of 42 in July of 1994.

Bell was an inspirational leader on the Mississippi State defensive line who was a regular starter that garnered three letters for the Bulldogs. A fan favorite, it was common to hear chants from the Bulldog faithful of, ‘Give ’em hell, Robert Bell.’ A native of Meridian, Mississippi, Bell passed away in March of this year. He was 70 years old.

Both Dowsing and Bell’s legacies continue to live on at Mississippi State. In 2017, MSU dedicated the plaza in the north end of Davis Wade Stadium in their honor, dubbing it the Dowsing-Bell Plaza. In 2018, State’s M-Club Alumni Association created the Dowsing-Bell Award to honor the most deserving male whose determination and perseverance in overcoming obstacles academically, athletically or personally, exemplifies tremendous character. Also, each spring, Mississippi State presents a male and female student-athlete with the Dowsing-Bell True Maroon Spirit Awards. The honors go to individuals who best exemplify what it means to be a Bulldog while championing sportsmanship, personal growth, grit, overcoming adversity and exceptional leadership in and around the athletic department.

Now, Mississippi State proudly honors the courage of Dowsing and Bell once more on September 24. Kickoff time for the game will be announced at a later date.