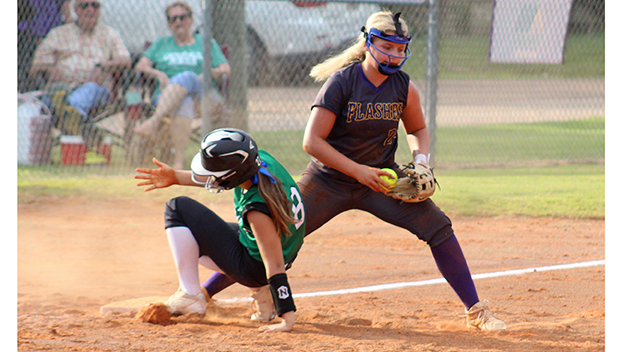 On the whole, this has not been a bad season so far for St. Aloysius’ softball team.
Tuesday, however, was a bad day.

Cathedral (7-1, 2-0 MAIS District 3-5A) scored five runs in the first inning and five more in the second to blow the game open early. It ended after four innings via the mercy rule.

“I just feel like we lacked the energy. It just wasn’t anything we could do to pick it back up. We struggled, mainly, because of that. No excuses. We just didn’t come out with energy,” St. Al coach Savannah Buck said. “That wasn’t normal.”

Megan Theriot and Maddy McSherry each had a single for St. Al (5-7, 0-2), which committed seven errors.

The Lady Flashes lost their second district game in as many days, but have still matched last year’s win total at the halfway point of the season. They’re scheduled to play at Jackson Academy on Thursday and Benton Academy on Saturday, and then have two district games vs. Central Hinds and Adams County Christian School next week.

Although discouraged by the two district losses, Buck said she’s happy with the progress the program is making this season.

“We still have another shot, so I feel like next time if we come out and get in the right mindset I think we’ll be good,” Buck said.