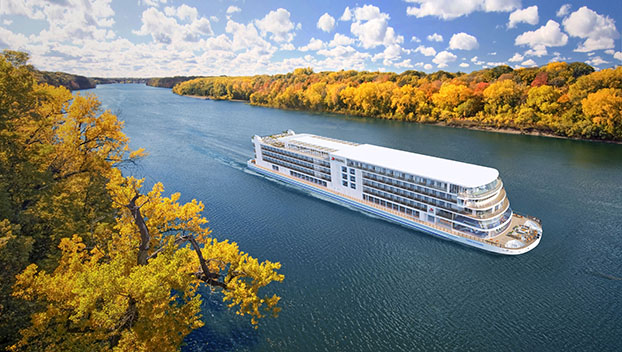 NATCHEZ — Viking Mississippi, the newest vessel by Viking River Cruises, was scheduled to arrive in Natchez on Sunday at 8 a.m., but the ship’s arrival has been delayed.

“Viking has informed us that the delivery of this great ship has been slightly delayed due to some unforeseen circumstances,” City of Natchez officials said in a statement Wednesday. “We still anticipate the arrival of Viking Mississippi with great enthusiasm and will let everyone know when an alternate date is announced.”

The launch of the Viking Mississippi is the first time Viking has offered a cruise ship in North America and the first on the Mississippi River, according to a press release issued jointly by Visit Natchez and the City of Natchez.

Viking is known throughout the world for its river and ocean cruises in Europe and other parts of the globe. Viking has a reputation for offering modern cruises in ultra-luxury and passenger-center customer services.

“The City of Natchez couldn’t be more excited to welcome Viking Mississippi!” said Dan M. Gibson, Natchez mayor, in a press release. “For many years, we have welcomed visitors from all over the world to our historic city on the river’s highest hill. It’s truly fitting that we now welcome this international jewel, which will in time become an important partner for tourism in both our state and throughout our region.”

He said much credit is due his predecessor, former Mayor Darryl Grennell.

“It should be noted that Darryl Grennell started the first conversations with Viking and he deserves credit and our thanks,” Gibson said.

The face of Viking in its marketing is Torstein Hagen, chairman of Viking.

“At a time where many of us are at home, looking for inspiration to travel in the future, I am pleased to introduce a new, modern way to explore this great river. We invented the concept of modern river cruising when we got our start 23 years ago — first on the rivers of Russia and then in Europe. Since then, many people have come to appreciate the unique exploration that comes with river cruising, but currently, there are very few options to do so on American rivers,” he said.

Viking Mississippi has a crew of 148 and will host only 386 guests in 193 all outside staterooms.