NATCHEZ — The Natchez Adams School District Board of Trustees on Tuesday unanimously adopted a resolution to lease a historic school building in the Washington community to Thankful Missionary Baptist Church.

The resolution offers the church group a rent of $1 per year for them to move in and renovate the building for their intended purposes. In November, the church’s pastor Rev. Antione Eakins, Ph.D., made a presentation to the board about the church’s desire to renovate the school for church programs as well as an array of community service projects.

“We want to open up a daycare center and convert the building into the church sanctuary and classrooms for church members and youth,” Eakins said to the board last year. “I had a chance to tour the building and it’s just as I thought. It is a beautiful building and even with all of the decay it still has great potential.”

Eakins said the church also plans to headquarter a community action agency in the building and provide services to the community such as a cosmetology school, truck driving school, after-school tutoring and mental health services. He suggested either the school board donate the property to the non-profit or allow them to take out a long-term lease.

Mississippi Department of Archives and History Director Katie Blount has said in previous meetings that MDAH is also interested in the property both for its historical significance and its location near the campus of Historic Jefferson College, which MDAH has plans for.

“I’ve not talked with (the school district) about the latest plan. We’ve had great conversations them about the school since the beginning of our project at Jefferson College,” Blount said Wednesday. “I’m interested in hearing about this new agreement (with Thankful Missionary Baptist Church). It’s a historic school right next to our site and we are certainly looking forward to working with the school district to jointly plan for the future of those two significant sites.”

Blount said their vision for the former college is to have an “interpretive center for the broad history of the Natchez region and its national significance” as well as a preservation school to teach much-needed skills in the area.

Last June, Blount spoke to the school board and told them of a grant worth up to $50,000 to fund a master plan for the property, which includes an assessment of the building’s condition, priorities for its restoration and suggested uses for it. If the school district commits to the preservation and use of the school, it would also be eligible for MDAH’s annual Community Heritage Preservation Grant program, which is a competitive grant program that requires a match of 20 percent of the total project cost, Blount said.

“There are functions of the trade school that could be housed better in the Washington school building than in the existing buildings at Jefferson College,” Blount said to the school board at their June meeting. “I know there is a wonderful auditorium in the building and we’d be very interested in exploring that in this master plan and learning what the school district’s plans are for the building.”

Before taking action on any matters pertaining to the Washington school building on Tuesday, the school board voted to go into executive session to discuss potential litigation and personnel matters. Meetings in executive sessions are closed to the public and to the media.

After their return to the open meeting, the board approved the resolution and voted to move forward with applying for MDAH’s Community Heritage Preservation Grant.

In other matters during Tuesday’s meeting of the Natchez Adams School District Board of Trustees, the board: 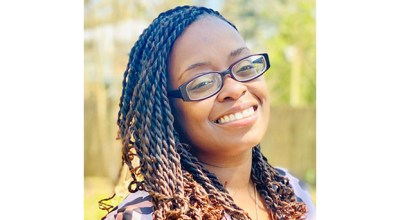 ‘Always there to help’: McLaurin Elementary coping with sudden death of teacher 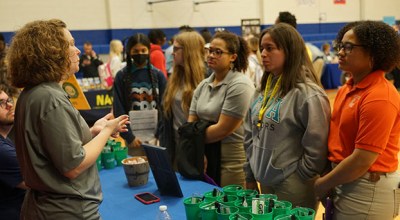