NATCHEZ — Natchez attorney Scott Pintard, who is a candidate for Post 1 Sixth District Circuit Court Judge, is the subject of a criminal investigation, Adams County Sheriff Travis Patten has confirmed.

Patten would not provide any details into the allegations against Pintard, other than to say a complaint had been filed and a criminal investigation is ongoing. Patten said no charges against Pintard have been filed. 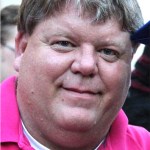 Contacted this afternoon via Facebook messenger, Pintard denied any wrongdoing and said he has not been contacted by law enforcement about an investigation.

“I have heard rumors and seen ‘posts’ about false and defamatory allegations being made against me. I have never been contacted by any law enforcement concerning any allegations, investigation or complaint. I have retained legal counsel to take civil action against all parties publishing these false allegations,” Pintard said.

Patten said a complaint was originally filed about two years ago, but Patten said new information has come to light recently that is being investigated.

“If investigators find reasons for charges, they will be turned over to the Sixth District Attorney’s Office,” Patten said. “We can’t provide any timeline because the investigation is ongoing.”