Former Natchez teammates will be on ESPN+ later this fall 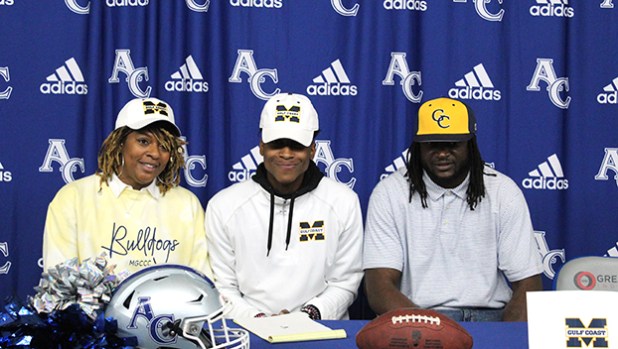 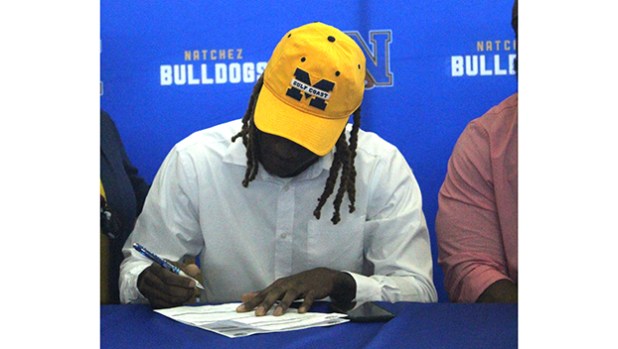 PERKINSTON — Mississippi Gulf Coast will play for the first time ever on the ESPN platform next month. Former Natchez teammates Josh Thomas and DK McGruder are playing football for the Bulldogs. McGruder signed this spring after playing his senior season at ACCS and Thomas graduated in December and early enrolled.

As part of the NJCAA’s broadcasting partnership with ESPN, the Bulldogs’ MACCC football showdown against East Mississippi on Sept. 22 will be aired on ESPN+ as the NJCAA Game of the Week. Kickoff at historic A.L. May Memorial Stadium in Perkinston is set for 7 p.m.

It will be the second time Gulf Coast has appeared on a national broadcast. The first time was when the Bulldogs won their fifth national championship in 2019 by defeating Lackawanna 24-13 in Pittsburg, Kansas. CBS Sports Network aired that game.

“This is a great opportunity for Gulf Coast to be showcased on the national stage,” Gulf Coast Athletic Director Steven Campbell said. “We’re excited to be able to bring all the great things we do at the college to the country. Our students, faculty, staff and administration deserve to be featured, and we’re proud to help promote all the great things they do.”

Gulf Coast opens the season Sept. 1 with a long road trip to Northwest Mississippi. The Rangers are 15th in the Dirty 30. The first home game will be Sept. 15 when Southwest Mississippi visits for a 7 p.m. kickoff.

Earlier this month, ESPN and the NJCAA announced a multi-year media rights agreement to begin with the 2022-2023 academic year that will include nationally televised championship games for NJCAA Division I Football, Division I Men’s Basketball, and Division I Women’s Basketball that will air on an ESPN linear network, as well as regular season content on ESPN+.

“This opportunity to work with ESPN presents a pivotal moment to maximize exposure and national awareness of the NJCAA,” stated Dr. Christopher Parker, NJCAA President and CEO. “Through ESPN and ESPN+, the NJCAA will be front and center with the leader in college sports programming.”

Gulf Coast is changing streaming providers this year, moving to the NJCAA Network powered by PrestoStream. It will create a single portal to watch all Bulldogs home games, and ESPN broadcasts games from schools affiliated with that network.

“We are excited about our relationship with the NJCAA and the opportunities it will provide for student-athletes of community state and junior colleges,” said Dan Margulis, ESPN Senior Director of Programming and Acquisitions. “We look forward to following the storylines of the NJCAA as we continue to expand our college sports offerings.”