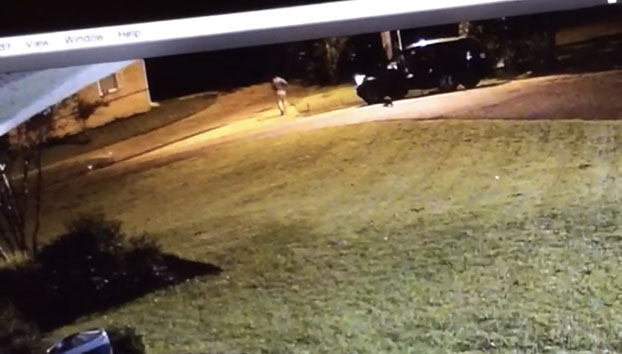 A screenshot from a neighbor's security camera shows a car and suspect walking up a driveway of a home in Woodhaven. (Submitted)

NATCHEZ — Natchez Police Chief Joseph Daughtry thanked the Adams County Sheriff’s Office for its assistance Tuesday evening in locating a vehicle and suspect in the Monday morning burglaries and gunfire incident in the Woodhaven subdivision.

He said his office released photos of the suspected vehicle Tuesday night to other Miss-Lou law enforcement agencies, seeking help in finding it. 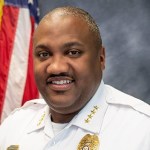 “One of the sheriff’s deputies quickly recognized the vehicle as belonging to one of his relatives,” Daughtry said.

ACSO Special Operations Group members found the vehicle and arrested Tia Grooms, 28. The suspect and the car were turned over to Daughtry and Natchez Police.

“Two members of the county Special Operations Group worked with us as we looked for the second suspect,” Daughtry said. “We activated members of our VIPER unit and a couple of members of our SWAT team and went to two locations.

“At the first location, we gained information about the location of the second suspect,” he said.

Xavier Jenkins, 22, was found in Room 135 of the Relax Inn in Natchez.

“Mr. Jenkins was hiding behind a chair and was taken into custody without incident,” Daughtry said.

A weapon was recovered from the hotel room, which Daughtry said would be sent to the crime lab to determine if it matches the evidence retrieved from the Woodhaven home.

He thanked Natchez Police investigator, Det. Vincent Bates, whom he said worked the case 18 hours straight at one point.

“Bates was at the victim’s home when the car was located,” Daughtry said.

“The most important thing is we got these subjects off the street,” he said. “I want to take the time to thank the community. We have citizens who assisted Det. Bates. Throughout the day, he went back and forth, looking at videos from homes in the neighborhood.

“The residents were nervous in that neighborhood, and I can understand why. So many citizens assisted us. We are glad we have these suspects in custody, and I hope the family has some peace because of that. I hope this sends a message to others that you are not going to come into our city and do whatever the hell you think you want to do. You are not going to threaten our citizens with fear because we are going to hunt you down and put you in jail.”