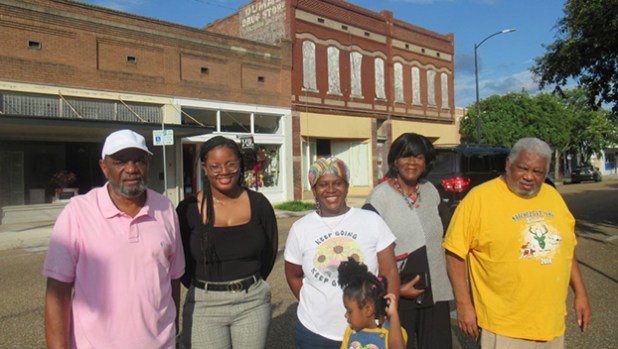 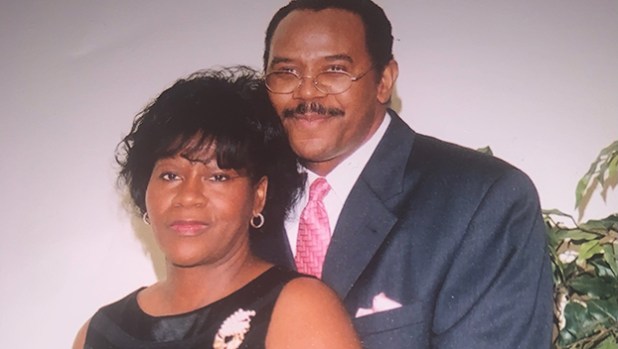 NATCHEZ — On the side of the buildings addressed 707 and 709 Franklin St, faded paint on the decaying mortar reads “Dumas Drug Store.”

This is what the building is known as to the community.

Rosalind Williams, who has owned 707 and 709 since the Dumas family had it, refers to it with her family as ‘the building.’

The William Dumas Building Restoration Foundation (WDBF) will host a kickoff celebration for restoration project from 9:30 a.m. to 11:30 a.m. on Saturday, Aug. 27, at the Natchez Grand Hotel.

Williams, with her late husband Freddie and their children, once lived in and shared the building with Freddie’s side of the family. Two of Rosalind’s in-laws were married on the first floor, now shielded by plywood.

The damaged metal roof leaks water into the ground floor. The walls are compromised and the foundation has settled.

In October 2021, the Mississippi Heritage trust named the Dumas Drug Store among the state’s 10 most endangered sites.

“But I have seen buildings in far worse condition be rehabilitated,” said Amelia Salmon, who consulted on the building for Williams.

Cumulatively, the foundation has received $3 million from other donor organizations within the last year.

The William Dumas foundation is the organization behind Williams’ effort to restore the building to the place it once was, in honor of her late husband.

“To help children, and the elderly,” Rosalind said, “and continue the legacy of the Dumases.”

The 707 building was built in 1906 and 709 in the succeeding years. For decades, Albert, Henry, and Michele Dumas, three brothers, ran a 24-hour pharmacy out of the buildings.

Albert and Henry both served as president of the National Medical Association, which represented African American Doctors because of laws and customs which mandated segregation in medical societies. Albert and Henry were also founders of the Natchez Negro Business League.

NAPAC museum curator Bobby Dennis said he remembers when he was a child in the 50s the soda fountains and social scene that poured out onto the street from 707 and 709.

Natchez Historical Society Director Emeritus Mimi Miller said she cannot point to the day or year that scene faded, though, it was probably surrounding the violence which came out of the tire plant and the economic turbulence it caused, Miller said.

In a letter dated October 3, 1977, on Dumas Riverview Motel Stationary, Michele Dumas agrees to sell the pharmacy to the Williamses.

Williams said she and her late husband wanted to open a restaurant called “Williams 707.”

“It would be Sadie Lee’s kitchen,” she said.

That was the last time she lived in 707. Freddie Williams’ brothers lived in ‘the building’ for a while after but were moved out by the 2000s.

Freddie Williams passed away in 2020. Williams said she hopes to move back into 707 with her daughter once it is repaired. On the first floor, below where she plans to live, the foundation will host the community.