NATCHEZ — Occupants of two different Natchez hotels had to shorten their stay and are now in jail after being arrested Saturday for allegedly selling and trafficking drugs. 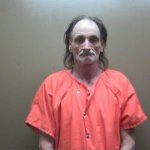 On Saturday evening, deputies with the Adams County Sheriff’s Office received information about drug activity taking place in room 107 in the Red Carpet Inn in Natchez, where they made contact with Charles Miller.

Miller, who was the renter of the room, allowed deputies his consent to search. They found a little less than an ounce of marijuana, more than one-half of an ounce of methamphetamine, 14 Oxycodone pills and drug paraphernalia.

Around this same time, agents with ACSO’s Special Operations Group were investigating another complaint of drug activity at the Super 8 hotel in Natchez and made contact with Keisha Campbell, who was standing in the parking lot. 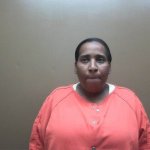 Campbell had in her possession two ounces of methamphetamine, three Xanax pills, 2 ecstasy pills and $735 in cash.