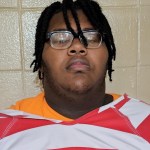 Larry Wesley Jr., 19, of Ferriday, Louisiana, has been arrested for child pornography and sextortion charges. All persons are presumed innocent until proven guilty. (Submitted by Concordia Parish Sheriff’s Office)

FERRIDAY, La. — A Ferriday man has been arrested for child pornography and sextortion charges, a serious crime where a person threatens to expose the victim’s private or sensitive material in order to make them do something in return out of fear.

CPSO’s Cyber Crime Unit initially began investigating a cyber tip generated by the National Center for Missing & Exploited Children on Aug. 18 that involved the sextortion of a 12-year-old by way of Instagram.

The account reportedly belonged to a Concordia Parish resident who had engaged in conversations with the child, demanded lewd photos and threatened negative reaction if the demands were refused.

Detectives obtained a residential address based on information provided by internet service providers and a search warrant was prepared.

On Friday, while serving the search warrant, numerous electronics were seized.

These devices reportedly contained files with children engaged in sexual activities as well as evidence of additional sextortion crimes.

Concordia Parish Sheriff David Hedrick reminded parents in the press release to be mindful of their children’s activities while using smartphones or other electronic devices capable of accessing the internet.

This matter remains under investigation. Anyone with information is urged to contact Detective Stephen Lipscomb at CPSO, Ext. 400, or by submitting an anonymous tip online using the CPSO mobile app.