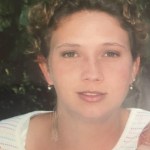 She was proud to be the first female hired for the Adams County road crew, her family said.

“We are all very sad,” said Adams County Attorney Scott Slover. “She was a pleasure to be around. She really enjoyed her job and was always upbeat and ready to go to work. She was definitely taken way too soon.”

“She had her CDL, but she was a person willing to learn any task throughout the entire road department. She was excited to have her job with the county and was willing to do anything within her power to keep these roads open for the citizens,” Dollar said.

He said she had recently recovered from wrist surgery.

“She had been out for several months recovering from that, having therapy, and had just returned to work the week before,” Dollar said. “It was a tough day for me, and a tough day for the Adams County Road Department. She is really going to be missed.

Funeral services for Thompson-Floyd are Tuesday at 11 a.m. at Cranfield Baptist Church in Roxie by Brother Kevin Campbell.

Burial will follow at the Thompson Family Cemetery under the direction of Marshall Funeral Home.

Visitation is Tuesday at Cranfield Baptist Church, beginning at 10 a.m. and continuing until the time of the service.

She was born July 4, 1981, in Natchez to William Lee Heathcoat and Cynthia Annette Thompson. She was raised by her mother and her step-father, Carl Allred.

Thompson-Floyd was preceded in death by her father, William Lee Heathcoat; her grandmother, Fay Thompson; and one uncle, James Terry Thompson.