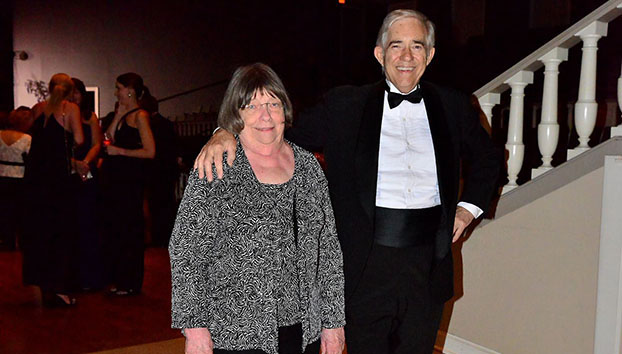 Mimi and Ron Miller at the Natchez City Auditorium in this photo from 2018. (submitted)

NATCHEZ — Ron Miller, who for 30 years was the driving force behind the Historic Natchez Foundation, died unexpectedly Friday afternoon.

His wife, Mimi, was the second executive director, and was in that position until 2018, when Burns became its third leader.

“I started working at the foundation when I was about 15 years old and they were great mentors. Really, they were like my second parents. Ron taught me so much and really led me to be in the position I am in today,” Burns said.

The Millers moved to Natchez in 1973 to work for the Department of Archives and History and preserve Jefferson College, Burns said.

“He absolutely loved Natchez,” he said.

Tony Byrne was mayor of Natchez when the Millers moved to town.

“Ron and Mimi have been tremendous for Natchez. They are really who came in and helped us enforce our ordinance and save our historic houses and other buildings,” Byrne said.

“Ron was always very easy to work with and he understood the need for give and take,” Byrne said. “He wasn’t just right down the line on anything. Natchez owes Ron and Mimi a lot.”