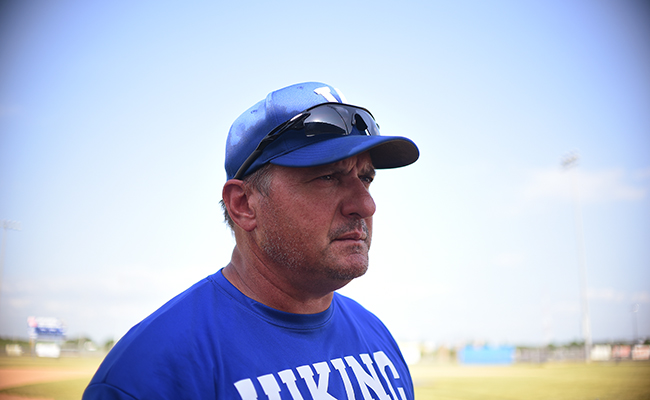 SICILY ISLAND — Vidalia opened the season with a 46-0 win over Sicily Island on the road. The Vikings were impressive in all phases of the game, head coach Mike Norris said.

“It was a big goal for us defensively. We wanted to pitch a shutout. We wanted to go over there and compete,” he said. “We had some freshmen who stepped up and competed well. We had some young kids who got more playing time than normal who showed us good things.”

Vidalia didn’t run the ball well as they wanted. He said there were some blocking assignments they could clean up but the offense did well in the air. Norris said they left some opportunities to score out on the field.

Vidalia won the turnover battle as the defense forced three fumbles. Sicily Island had to run different formations and systems to get a full team together, he said. There was a running clock and the game was called in the fourth quarter with about 10 minutes left.

“I feel for him (Sicily Island’s coach) a little bit as they struggle to get kids out for football. The one thing we have done in the past was play down to our competition and I felt we didn’t do it tonight,” he said. “Up next, Cedar Creek is a good 1A team from Ruston and it will be a good test for us. They will come in hungry for a win. They are a solid team. They have made deep runs in the playoffs and they have good tough kids. They play a good brand of football. It will be a team we can’t take lightly. We will have to have a good game plan to beat them.”

Norris said Mangham, Oak Grove and General Trass will be good tests in the district this year.

Delta Charter took care of business on the road at Plain Dealing winning 54-8 to open the season at 1-0. Ferriday fought hard in their season opener but fell in a 38-12 loss due to turnovers and penalties.