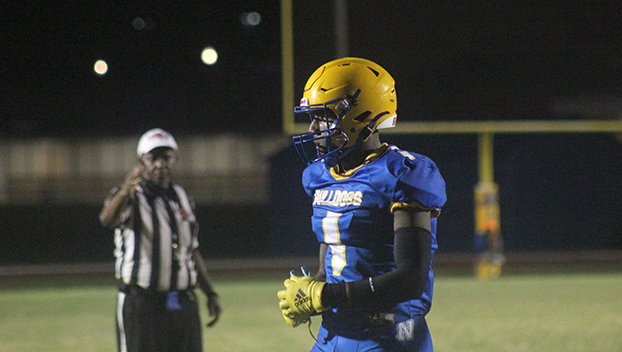 NATCHEZ — Lawrence County (3-0) continued its strong start to the season with a 43-30 win over Natchez High School (2-1) Friday night. The Cougars beat 5A Brookhaven to start the year and are not a 4A opponent you could overlook.

Bulldog Head Coach Steve Davis said Lawrence County is a well coached football team with a lot of speed, physicality and toughness. Physically, the Cougars wore down the Bulldogs to win the football game.

“They were more physical and we play a type of ball that is not as physical. They played the way they wanted to play,” Davis said. “We shot ourselves in the foot with miscues, penalties and poor tackling. Things we have to fix on Monday when we get back to the drawing board. One thing we have to do is start matching the opposing team’s physicality.”

Davis’ offensive philosophy is based on speed, tempo and spreading the field which is why the Bulldogs do not play a physical brand of football. Lawrence County often lines up in a flexbone offense and runs a triple option.

“We always come out sluggish and then we make the end game adjustments. We just have to settle in and play,” Davis said. “When we settle in and play, that fourth quarter team is who we are. Starting off in the first quarters we just can’t seem to get going.”

He said wide receiver DeMarrco Blanton stood out and Caron Williams did too. Once quarterback Kaden Walton settled in he played well, Davis said.

“Traylon played one of the best games I’ve seen him play,” Davis said. “He ran the ball well and he caught the ball well. He took a pass for 70 yards for a touchdown. He went to linebacker for us and made several big tackles for us. He is my swiss army knife. I can always go to Traylon.”

He will likely produce for the Bulldogs when they host Hazlehurst at 7:30 p.m. next Friday.