Employees move out of school board building because of mold 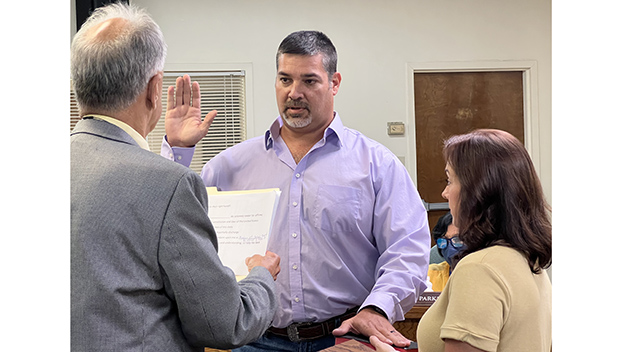 Matthew Taunton is sworn in to office last September to fill the District 5B seat on the Concordia Parish School Board. Newly elected school board members take office in January 2023 and will decide the fate of the school district's central office building. (File photo | The Natchez Democrat)

VIDALIA, La. — The Concordia Parish School Board is having to relocate employees and seek remediation and testing of a mold issue at the board’s central office building on Carter Street.

After deliberating the issue in an executive session, the board took the advice of its attorney to temporarily close its office on Carter Street and move any employees housed there to other facilities as a precaution. Furthermore, they will bring in outside help to assess the mold situation.

Not having people in the building would also help expedite that process, officials said.

In the meantime, employees of specific departments will be grouped together in other school board office spaces, including the media center, sales tax office, Vidalia High School and Concordia Education Center, Superintendent Toyua Bachus said.

It’s unclear at this time whether the mold issue will have any effect on the location of future school board meetings, she said.

In other matters during Thursday’s meeting of the Concordia Parish School Board: