Animal control and where to put animals is an issue in Natchez, mayor says 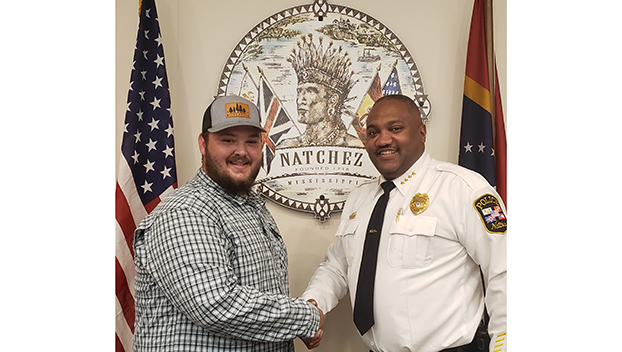 NATCHEZ — Natchez Mayor Dan Gibson is frustrated that each time during the last three months, staffers at the Natchez-Adams County Humane Society have refused to take dogs taken to it for shelter by the city’s animal control officer, Nash Sanders.

He said the city pays a little more than $2,000 to the Natchez-Adams County Humane Society each month, totaling $25,000 per year.

He said the city does not have a kennel or any other location to keep animals that the animal control officer finds it necessary to pick up during his work.

“It results in an unsafe environment,”’ he said.

Gibson said Concordia Parish Sheriff David Hedrick has been kind enough to have taken and housed some of the animals from the City of Natchez, “and the animal control officer has two animals at his house right now.”

Further, Gibson said the transporting of animals from Natchez and Adams County to other locations in the country had dwindled to almost nothing now, as overpopulation of dogs appears to be nationwide.

“Many of those shelters elsewhere are no longer taking animals in from other locations,” he said. “We love and support those individuals behind our Humane Society. We thank them for what they are doing, but I personally sign that check going to the Humane Society and we have to have a place to put animals currently on the streets.”

Natchez Ward 6 Alderman Dan Dillard said people who are continually letting their puppies breed need to be subject to a mandatory requirement to spay or neuter their pets.

“We do have a pressing problem. People at these puppy farms out here are polluting this area,” with unwanted pets, Dillard said.

“We need to get ahead of it with a spay and neutering program that is required, or you will be fined,” Dillard said.

Gibson said he plans to invite the board of directors of the Natchez-Adams County Humane Society to meet with the city.

“We may need to increase funding, but not unless we are ensured more space for more animals,” Gibson said.

No representative from the Humane Society was immediately available to comment for this story.