‘Bashing the shelter is not a solution’: Reaction to mayor’s comments about Natchez animal shelter swift, passionate 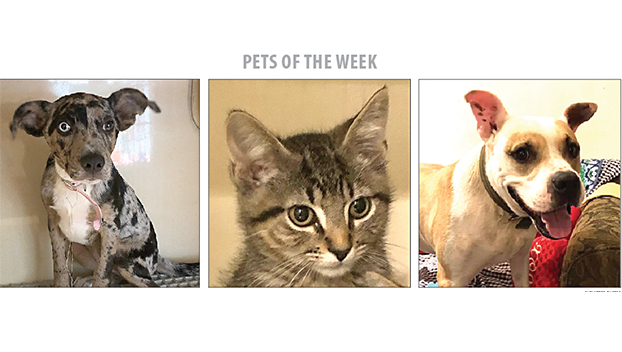 NATCHEZ — Reaction on social media was swift and passionate to a story in The Natchez Democrat, which reported Natchez Mayor’s Dan Gibson’s comments about an issue over a lack of a place for the city’s animal control officer to take animals he picks up while doing his job.

Speaking during the Board of Aldermen meeting on Tuesday, Gibson said during the last three months, the Natchez-Adams County Humane Society shelter has declined every animal that Animal Control Officer Nash Sanders has taken to it.

Gibson said the city provides $25,000 per year to the shelter and he questioned that expenditure if the shelter does not accept animals from the city’s animal control.

Supporters of the shelter decried Gibson for both his comments and what they perceived as a lack of understanding of the shelter’s role.

“…But the matter of the fact is, we are a no kill shelter. And we are at capacity. Being quoted in the newspaper for bashing the shelter is definitely not a solution,” responded Brandy Colbert, an avid supporter of the Humane Society, in a comment on The Democrat’s Facebook page.

Jana Junkin, who said she is a board member of the Natchez-Adams County Humane Society, said she is “disgusted” by the story in The Natchez Democrat.

Junkin goes on to write that she is pleased to see “so much passion about the issue and encourage anyone and everyone to get involved and help support the shelter.

Charlie Speed, president of the board of the Natchez-Adams County Humane Society, said the mayor’s comments caught him off guard.

“I was a little bit surprised. We are such a great organization and do great things in this community. I have already reached out to the mayor to try to set up a meeting to get more clarification as what was happening around his thoughts and see if it’s something we can work on together,” Speed said.

Speed said even though the Natchez shelter facility is a relatively new one, it is filled much of the time. The society accepts animals from both Natchez and Adams County. And, members of the public often abandon animals at the shelter after hours.

Educating the public about spaying and neutering pets is a big part of finding a solution to the overpopulation of unwanted pets here.

“We still need to educate the community as to what they can do to help solve this problem,” he said. “I hope to schedule a meeting pretty soon. The mayor is very passionate about Natchez and we love that he is passionate. We want to work with him and hope his passion extends to the Humane Society.”

Junkin encouraged others to shop at the Paws for a Cause thrift store, which supports the shelter, or to stop by the Nuts for Mutts Humane Society fundraiser to purchase boiled peanuts or a casserole, beginning at noon on Saturday at The Corner Bar, corner of State and Canal streets in Natchez.

Donations to the Humane Society can by mailed to P.O. Box 549, Natchez, she said. The Humane Society always needs linens and toys, and the donation of time to walk the dogs at the shelter is needed.

Junkin urged others to get their pets spayed or neutered.

Richard Burke, the mayor’s assistant, came to the mayor’s defense in a Facebook post about the story.

“The Natchez Adams County Humane Society has done an incredible job for many years. Over here at the city, we are playing catch up. I think we have made some positive strides in passing a new and much better ordinance (with the help of the Humane Society). We are also in the process of hiring another full time certified animal control officer.

“The mayor’s words may have come across a bit too direct and as always it is impossible for the paper to print every word and provide exact context. But do understand this mayor and many members of his staff, including me, are serious about doing the best we can to protect the animals of Natchez.

“The Humane Society has been an incredible partner and we look forward to working with them directly to do everything in our ability to help as many animals as we can possibly help,” Burke wrote.