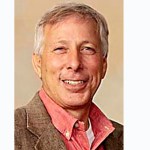 Adams County taxpayers will see an increase in ad valorem tax levy of 1.93 mills — from 116.36 mills to 118.29 mills — necessary only because of the increased funding request from the Natchez-Adams County School District, county officials said.

By Mississippi law, the board of supervisors must provide the funds the school board seeks, county officials said.

The only comment coming from supervisors before the passage of the budget was from District 2 Supervisor Kevin Wilson.

“I would be remiss in not saying something about the bottom line in the advertisement in the paper about the school district raising the mills,” he said. “What I would like to see in the future is where that number goes down in the future.”

“We have seen nothing on the school’s part as far as lowering the number of people working at the school,” Wilson said. “There are over 700 people working there. Several times there have been people come in and audit the school and each has said, ‘Hey, you need to do this or this,’ to better the school system and you need to put more teachers in the classroom. Every time they’ve done nothing about that. They’ve done it the same old way every time.

“So, while the city did a better job by putting someone on the school board recently who is going to make a big difference, I don’t think we did last time. We just reappointed somebody,” he said. “The only way to fix that, since we don’t have an elected school board, is to vote in better people in these positions, and in the board of aldermen — people who care about these things. And I hope in the future we do a better job.”

No supervisor responded to Wilson’s comments. No one from the public attended the meeting to offer comments on the new budget.

County Administrator Angie King presented supervisors with the most notable increases and decreases in expected revenues for FYE 2023. Increases include:

• Reimbursement for housing of juveniles and inmates, $108,000

King said notable revenue decreases in the 2023 budget include:

King said notable increases in the county budget include:

She said notable expense decreases include: