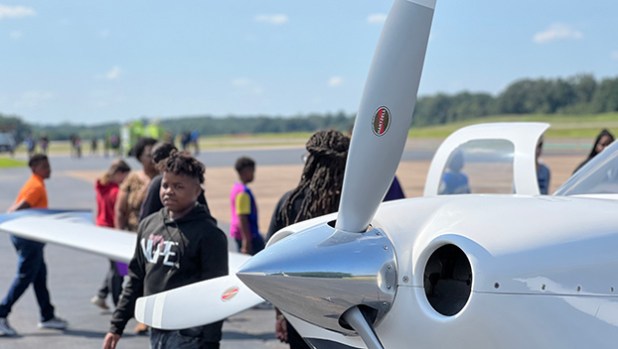 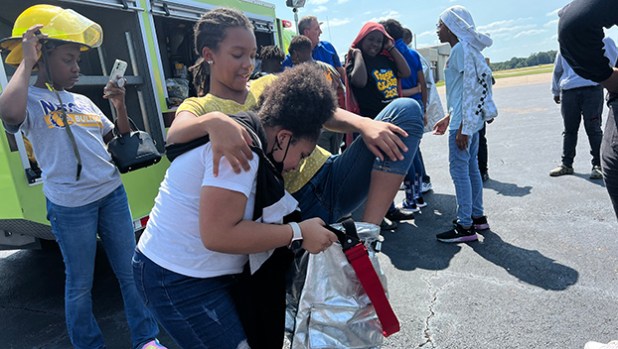 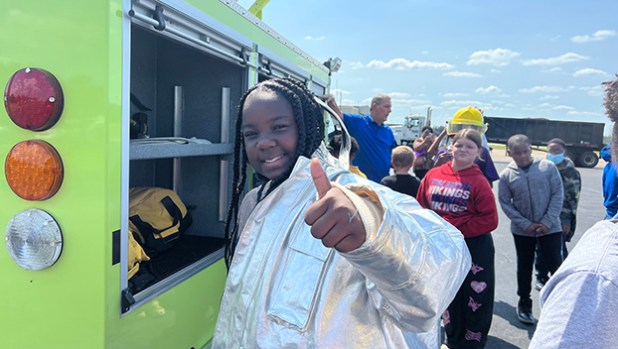 Lundyn Collins gives a thumbs up while trying on a flame-retardant jacket. (Sabrina Robertson | The Natchez Democrat) 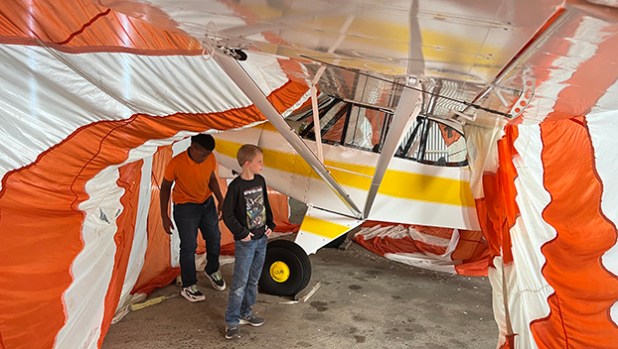 Corey Robinson and Ryley Hunter walk under an airplane cover to peak at the plane underneath. (Sabrina Robertson | The Natchez Democrat) 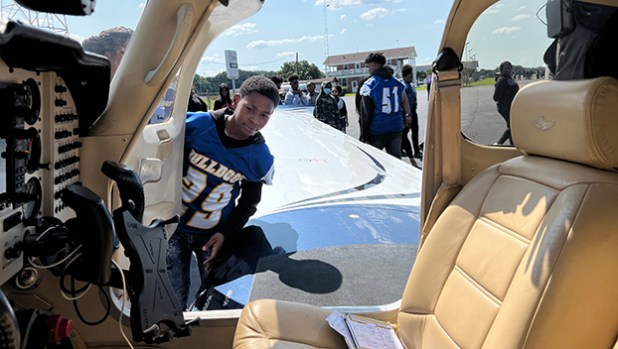 Mekhi Myles looks into the cockpit of a small plane. (Sabrina Robertson | The Natchez Democrat) 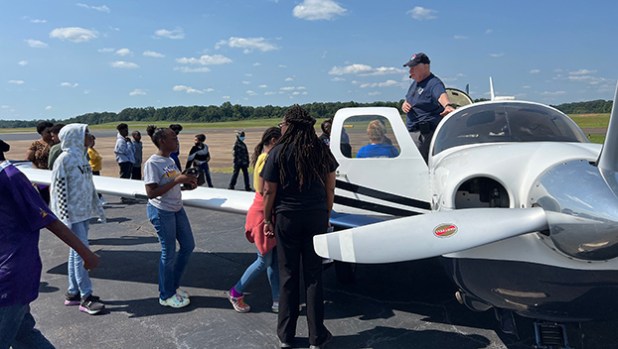 Students gather around Jay Fitch as he imparts his knowledge about being an airplane pilot. (Sabrina Robertson | The Natchez Democrat) 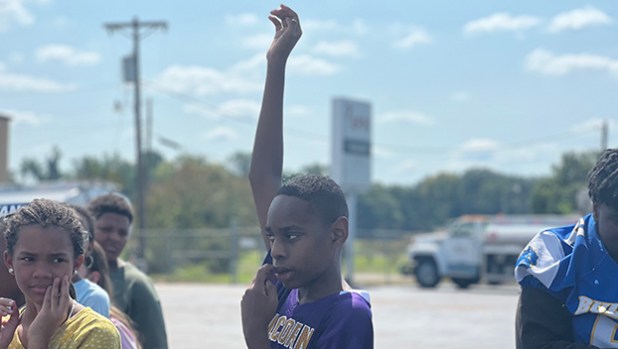 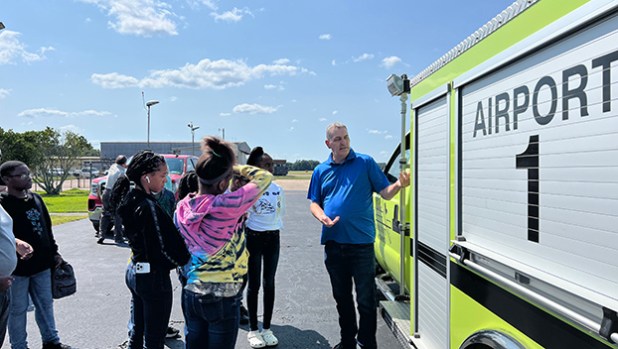 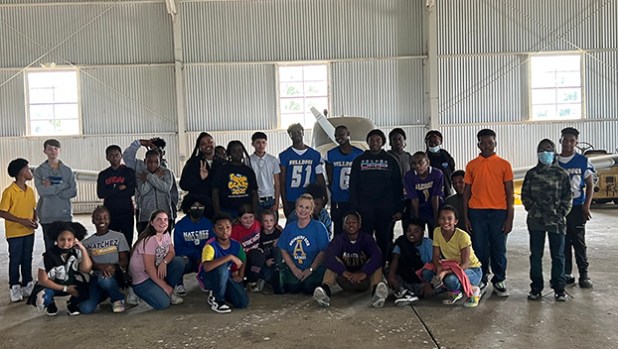 Airplanes travel faster than cars, he explained, but so fast that their passengers can’t feel it.

“This plane can get up to 230 knots,” Fitch said. “Does anyone know how fast that is in terms of miles per hour?”

After a second of silence, Brandon McDowell said, “Really fast.”

The students are studying flight in space in a school program called “Project Lead the Way,” their teacher, Elizabeth Greer, said. They haven’t quite gone far enough in the lesson to learn about knots but knew enough to ask pointed questions like, “How does the landing gear work?” and “What do you do when there is a thunderstorm?”

Fitch told students how he fuels the plane through a valve located in the wings.

“Is it true that you have to cycle between two different tanks in the wings when flying?” Jacoby Pendleton asked.

It is true, Fitch said, adding the plane would be unbalanced otherwise.

Damerya August asked, “Have you ever crashed or had problems while flying?”

Fitch told her a story of having to make an emergency landing because of issues with his plane, but he never crashed.

He said the students’ grades in the class would be evaluated by Christmas and one student who does well will be able to see Natchez from the air in an airplane.

Most students answered this announcement with excited “oohs” except one, McDowell, who said, “I’m terrified of flying.”

The flight is optional to the student, Fitch said.

“Actually, I was afraid of heights before I became a pilot,” he said. “Being a pilot was not my profession. I worked in police, fire and EMS all over the place before my wife gave me pilot lessons for my 50th birthday.”

It was his airplane piloting job that brought him to Natchez, Fitch said. He has worked as a pilot here since 2004.