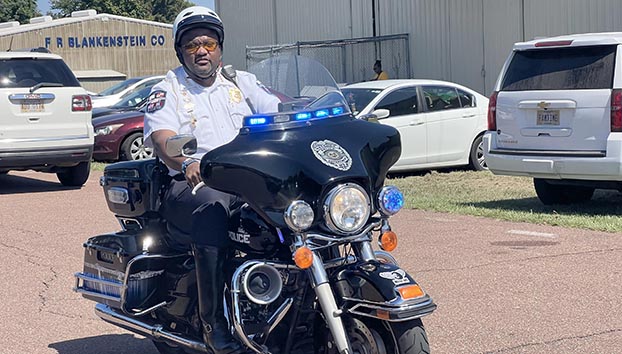 NATCHEZ — The Natchez Police Department is sporting some new-to-them equipment in the form of Harley-Davidson motorcycles.

Natchez Police Chief Joseph Daughtry arranged to purchase the motorcycles from another municipality for the bargain-basement price of $10 each.

“We paid $10 each for them from the City of Pascagoula,” Daughtry said. “They are older motorcycles.”

He said they would be used primarily for traffic enforcement and for events such as parades.

“We will be able to use them for Mardi Gras and different things. And we are developing a traffic unit. You will see us enforcing traffic in school zones with them. The motorcycles can go into places we can’t put cars in,” Daughtry said. “We are going to use them for our guys to learn on and once they get more comfortable, maybe we will be able to purchase newer ones.”

The Mississippi Highway Patrol will put Natchez officers through its motorcycle training, he said.