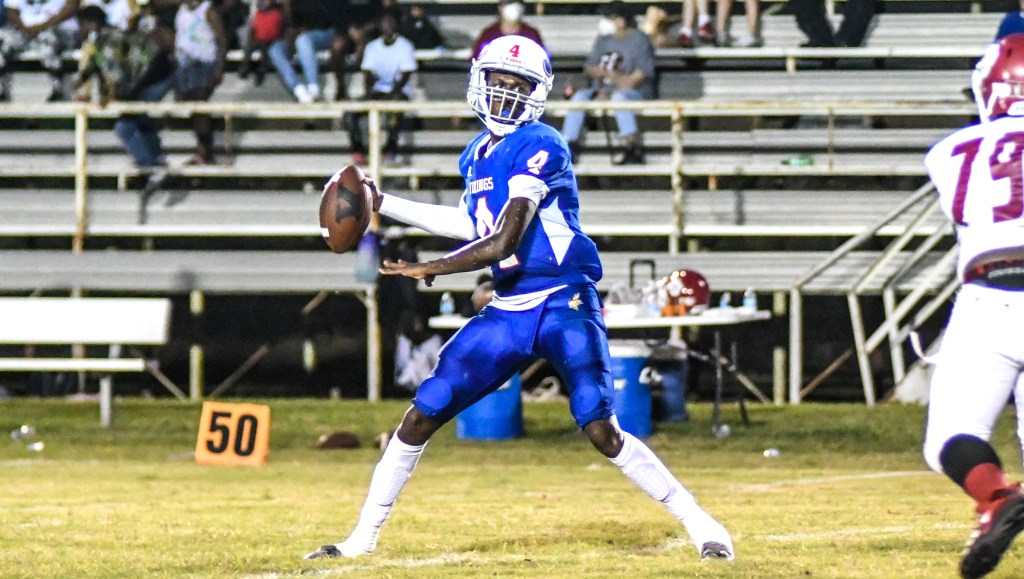 JONESVILLE, La. — Vidalia High School senior Zion Buck is listed on its roster as a wide receiver and defensive back. But last Thursday night in the Vikings’ game at Block High School, he turned heads as a return specialist.

Buck returned a punt 60 yards for a touchdown and added a 65-yard kickoff return for a touchdown as the Vidalia Vikings remained undefeated with a 62-20 victory over the still-winless Block Bears.

The game was originally scheduled to take place Friday, Sept. 16, but Vidalia head coach Michael Norris said because of a referee shortage, the game was rescheduled a month ago to a Thursday night contest. It didn’t bother the Vikings which night it was going to be played on.

“We had five different kids score touchdowns. We scored on a punt return, a kickoff return, and on offense. The only way we didn’t score was on defense,” Morris said.

While Vidalia racked up 365 yards of total offense, its defense held Block to minus-1 rushing yard and 180 passing yards. Norris said the defense wasn’t dominated by just one or two players. Instead, it was “an all-around effort. Just the whole defense,” he said.

Norris noted that senior quarterback Sema’J Hayes scored two touchdowns and junior running back Kabari Davis “carried the load for us.” He added that both the offensive line and the defensive line did a good job controlling the line of scrimmage.