Music in Santa Monica: Natchezian accepted into music program in the Golden State 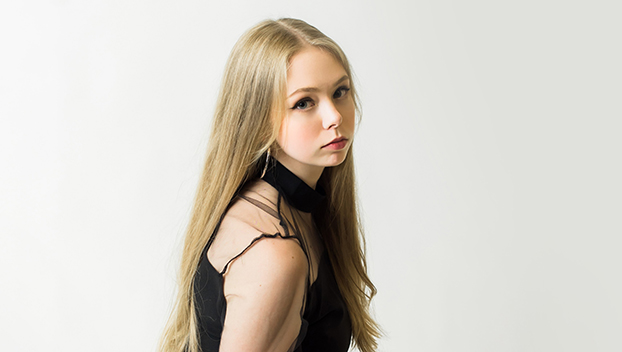 NATCHEZ — Ashleigh Johnson, after getting her acceptance letter to attend her dream school at Belmont University in Nashville, traded in her dream for a new one.

This fall, Johnson starts classes at a prestigious new music program called the Los Angeles Academy for Artists and Music Production, or LAAMP for short. The program launched in Santa Monica, California, in October 2021, with only 45 in-person students. This year, Johnson was one of 48 students accepted into the program internationally with others taking online classes, she said.

The school is catered solely to teaching students how to make music and develop a network to help them build a music career. It is led by two Norwegian producers in the Grammy-winning production duo called Stargate, Tor E. Hermansen and Mikkel S. Eriksen.

Those who take classes in person will spend the majority of their time making and recording music through collaboration with other people and under the guidance of experienced mentors. By the end of the nine-month program, each student will have created between 50 to 100 songs.

“I feel blessed, honestly,” Johnson said of being enrolled in the program. “It’s not every day that a little girl from Mississippi gets to go to LA and record music. I’m blessed and a bit shocked.”

After studying at Delta State as a freshman, Johnson said her first try at applying for Belmont was unsuccessful. She sang a song in Italian and was told she mispronounced a lot of the lyrics. Johnson found a new vocal coach and was later accepted into both music programs she applied for the second time, but it wasn’t meant to be.

“After applying to Belmont and getting in, I had a few people I follow online around my age who also do music and were posting about LAAMP. I asked my mom about it and decided to apply and I got in,” she said. “I was iffy on it at first, about dropping the school and moving to LA but I can always go back to Belmont later if I decide to.”

Johnson said the first part of the LAAMP application process entailed sending in links to her social media platform and music and giving a written explanation of why she wanted into the program. LAAMP doesn’t require degrees or experience, only talent.

The second part was an interview and audition through Zoom with staff members and one of the two partners with Stargate.

“I was lucky enough to meet one of them,” Johnson said. “The interview was only five minutes long because they have so many people to go through.”

On Spotify, Apple Music and on social media, Johnson currently goes by the alias “Ashleigh Vale,” a name that pays homage to her mother, Valerie Meng. Johnson said she has enjoyed singing for as long as she can remember and started taking vocal lessons at age 13. She has also written songs with Ethan Stroud, a Natchez guitarist and “a musical genius,” Johnson said.

She has many music inspirations, one of them being Ryan Tedder, the lead singer of OneRepublic who also happens to be one of the mentors at LAAMP.

“When I found out he was a mentor I freaked out,” Johnson said.

She dreams of being a performing artist but also wouldn’t mind writing songs for other people to sing, she said.

“I’ve always had the dream of being a pop star on stage but growing up I was too shy,” she said. “My mom has always been very supportive.”

She has released two singles, “Remind Me of You” and “Puppet” and is now working on a third song called “Contradiction.”

Her second song, “Puppet,” which Johnson performed during her audition for LAAMP, has been streamed over 42,000 times, Meng said.

“I’m excited but a bit nervous just because I’ve lived in Natchez for my entire life. I’m excited to see and do more things, but I’m going to miss Natchez just a bit,” Johnson said.