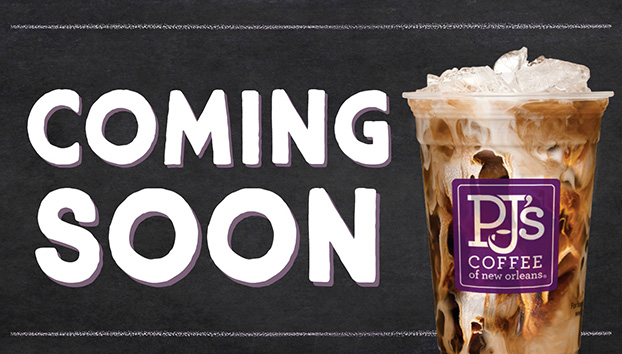 NATCHEZ — If all goes according to plan, P.J.’s Coffee’s Natchez will open sometime in December or January 2023.

Tance Hughes, his brother Seth Hughes and Dallas Morris own the franchise, which will be located near Stine and Miss-Lou Family Dentistry at 112 U.S. 61 South. The location formerly housed a Smoothie King.

Hughes, who owns Southern Designs in the former Kmart building on John R. Junkin Drive, originally planned to locate P.J.’s Coffee in that area. However, as often happens, plans changed and the present location became available.

“Nothing happens on time,” Hughes said. “December is what all of our people are saying. If someone asks me, I’m telling them January.”

P.J.’s Coffee Natchez will offer drive-through and walk-in coffee and food service. In addition to its famous P.J.’s Coffee, the store will serve beignets, pastries and breakfast and lunch sandwiches.

Hughes, when seeking a franchise, was attracted to P.J.’s  Coffee because its coffee is directly sourced.

“P.J.’s works directly with farms in Honduras and Nicaragua and import coffee beans, which are sent directly to P.J.’s in New Orleans and are roasted there and sent straight to the stores,” Hughes said.

Other such coffee stores buy coffee from different sellers and therefore don’t have the control over the quality that P.J.’s Coffee has, Hughes said.

“Essentially, it comes straight from the farm. It’s an overall better product. And also because they work directly with the farm, they pay a little more for the coffee beans and create a little better quality of life for the people who work on the farms,” he said.

Hughes said he received approval for exterior plans and colors on Tuesday. He said it will be a little closer to opening before he begins hiring staff, and isn’t certain how many employees he will need.

According to Facebook, the Natchez location of P.J.’s Coffee will open by 6 a.m. at the latest.

Hughes said the focus now is on getting social media pages up and running and beginning to amass followers.