Joining him will be flutist Danilo Mezzadri, soprano Susan Ruggiero, and pianist Brian Murphy in this first United States leg of a recital tour that began in Rome, Italy. 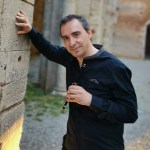 Colajanni teaches at the Modena and Terri music conservatories and serves as principal piccolo in the Italian Army Band. A versatile flautist, he not only performs with several of Italy’s finest orchestras, but he also collaborates in musical projects with popular artists in pop, radio, television and cinema.

Danilo Mezzadri is a CUE Distinguished Teaching Scholar and professor of flute at the University of Southern Mississippi. Besides being principal flute soloist with the Gulf Coast and North Mississippi Symphony Orchestras, Mezzadri has performed more than 40 concerts as soloist around the globe.

Susan Ruggiero, a MET Opera district winner and first place winner in Shreveport, Louisiana, Opera’s Singer of the Year competition, is an assistant professor of music at William Carey University. She has performed at venues in Brazil, Italy and throughout the United States.

Pianist Brian Murphy is active as a soloist, collaborative pianist, chamber musician and has performed throughout the United States, Mexico, Chile and Germany. He is on the faculty of William Carey University.

The event, “Red Wine, Rossini, and Rampal,” will celebrate the centennial birthday of the great 20th century flute virtuoso Jean-Pierre Rampal and feature the music of Rossini, Albert Roussel, and Francis Poulenc.

The concert will be held Oct. 6 at 7 p.m. at the Carriage House at Stanton Hall. Tickets are $30 each and may be purchased on the festival’s website, natchezfestivalofmusic.com, or at the door.