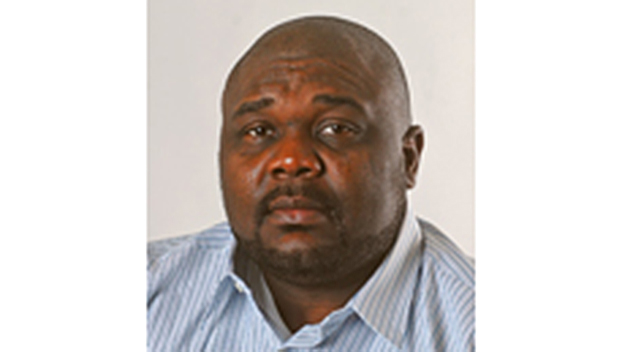 FERRIDAY, La. — A quorum of aldermen called a special meeting on Wednesday and voted to overturn the police chief’s suspension with pay ordered Friday by Mayor Rydell Turner.

Louisiana law states that special meetings can be called by either the mayor or by a majority of the aldermen. Alderwomen Gloria Lloyd and Brandi Bacon and Alderman Andre Keys called the meeting. Alderwoman Gail Pryor and Alderman Elijah “Stepper” Banks and Turner were all absent.

Bacon motioned to appoint Lloyd a temporary mayor pro tempore and her motion to overturn the suspension of Police Chief Sam King was seconded by Keys.

“This is embarrassing,” Lloyd said as she conducted the meeting. “In two years, we’ve had five police chiefs. … We allow people to disrespect Ferriday. … The world is mocking us.”

King and a former police chief, Herman Curry, spoke out in favor of King’s reinstatement.

Curry resigned from being Ferriday Police Chief in May 2021, citing irreconcilable differences with Turner as the key reason for leaving.

“Sam King has the experience, know-how and desire to address the issues here in Ferriday and I think we should allow him to do that,” Curry said.

King passed out a letter addressed to him from Turner dated Friday, Sept. 16, which notified King that he was “suspended with pay from your duties as Ferriday Police Chief and all authority over the Ferriday Police Department, for gross insubordination until further notice.”

The reason for his suspension, the letter states, was that King “continually refused to follow direct orders” from Turner and had been “given several warnings on your insubordinate behavior and have not corrected your actions.”

Turner further ordered that King turn in his badge, radio, keys and all other equipment that belongs to the Ferriday Police Department and not to return until further notice. Turner also attached a list of “incidents that led to my decision,” the letter states.

Turner also states he’d spoken with King about hiring employees without Turner knowledge and approval and that King ignored the warnings. Turner further states that on Tuesday, Sept. 13, after the monthly board meeting, he gave a direct order for King to clear the parking lot of Ferriday Hall and Haney’s Big House “due to a disturbance between an alderman and an employee,” which King did not do.

King said Turner’s order was unlawful because the parking was public property. He also said there was no ongoing dispute when he arrived and when Turner drove into the parking lot in a truck with red and blue lights on it.

Turner also states that on Sept. 14 he sent a memo to the police department by the town clerk, which he folded in half and threw into the trash in front of her.

“The mayor and I have different ideas about allowing police to take their units home,” King said, adding that he feels police should be able to respond to a call in a timely fashion and having police cars parked in their neighborhoods acts as a crime deterrent. King said when he received the memo he told the clerk he would call and speak to Turner about it before throwing the memo away, thinking it was his copy to keep or discard.

King said, “I continued to exercise my duties as police chief and asked this board for a chance to appeal,” after receiving the suspension letter from Turner.

King asked that the meeting be conducted in public rather than in executive session since it pertained to his employment. King went through each of the listed incidents with the aldermen one by one, starting with the first verbal warning pertaining to overtime on June 8.

“This was during my second pay period since my appointment as the police chief of the Town of Ferriday,” King said. “I shared with (Turner) that overtime was a problem that needed to be addressed prior to my getting here and that I would do my best to address it.”

King said he was appointed to a department that was short-staffed of patrolmen. He gave the aldermen lists detailing the overtime worked by each officer and what they were working on at those times, which included special events like “Super Sundays” hosted in downtown Ferriday that required extra officers. Earlier this month, police arrested 18-year-old Roosevelt Lewis while he reportedly tried to enter a Ferriday High School football game armed with a gun.

“We did appoint extra officers to come and work those details on those particular days because my number one goal is to make sure the citizens of Ferriday are safe,” King said. “As we continue to work, we did reduce overtime hours for the Ferriday Police Department. … We’ve got football season that has started and what I’ve done as the police chief to ensure the safety of individuals attending the games, I’ve asked that every police officer at the Ferriday Police Department be on duty in order for us to be at the football game and provide the security that is necessary. Because of that, officers were able to take a gun off of an individual who otherwise would have brought that gun inside the gate.”

King said if there is a shift with no available officer to cover it, “I myself will go out and cover that shift. … That’s my commitment to the Town of Ferriday. … I don’t feel that this suspension was justified.”

Lloyd responded by saying Turner was the “worst mayor I have ever seen in two years than all the years that I have been on the board.”

“If any head of a department is suspended, it should come before the board,” she said. “It’s the board’s decision. The board is the legislative body of the town and we have departments that are not legal. … We don’t have security. We’ve got eight people at City Hall when we usually have two, no more than three. … God is going to step in.”